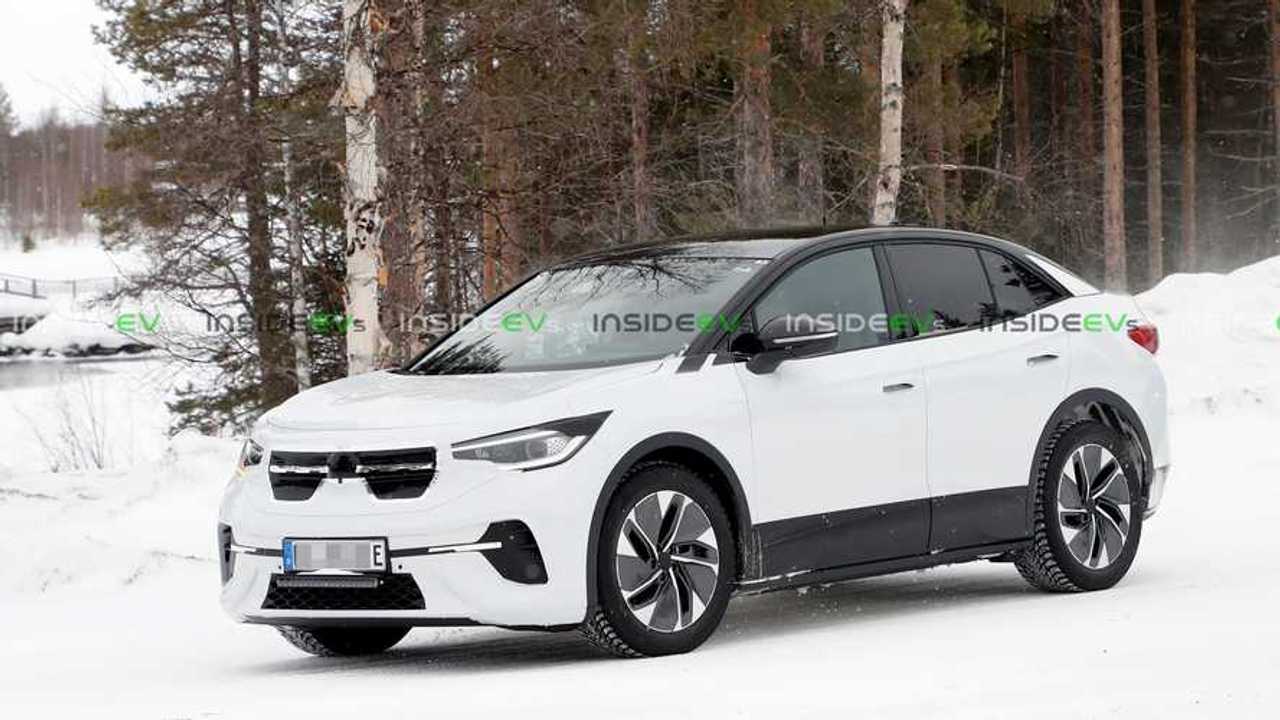 The ID.5 will sacrifice a bit of rear headroom and cargo space for some coupe-infused style.

You don’t need us to tell you just how popular coupe-crossovers have become, so much so that many new high-riding models are launched with both body styles. The Volkswagen ID.4 is no exception, as it will soon be joined by a more dramatic looking brother, the ID.5, which is exactly the same car, but with the fastback-style rear end instead of the ID.4’s more traditional look.

Snapped here by our spies wearing very minimal camouflage, it leaves little to the imagination. Literally nothing else aside part of the front light clusters is hidden by camouflage (we can’t tell if they’re any different to the ID.4), yet we’re not sure if the rear lights are also hidden or if that’s just ice buildup from being driven in very cold conditions.

This white prototype shot against a very bright, white background does seem to hide some of the ID.5’s details, but we can spot some changes. Aside from the obvious (the roofline), we also spotted a slightly different front bumper design and the small ducktail spoiler (complete with third brake light) adorning the rear end.

Aside from these changes, the ID.4 and ID.5 will be identical in pretty much all other areas: interior, powertrains, performance and tech. We expect to see the ID.5 debut in the second half of 2021 and it will be built alongside the ID.3 and ID.4 at Volkswagen’s Zwickau plant, in Germany. Oh, and there will be a hot GTX version of it for performance crossover enthusiasts.

Volkswagen Forgets Romania Is In Europe During Its Power Day Event
⠀

Volkswagen "Battery Day" Focuses On Scale Rather Than Chemistries