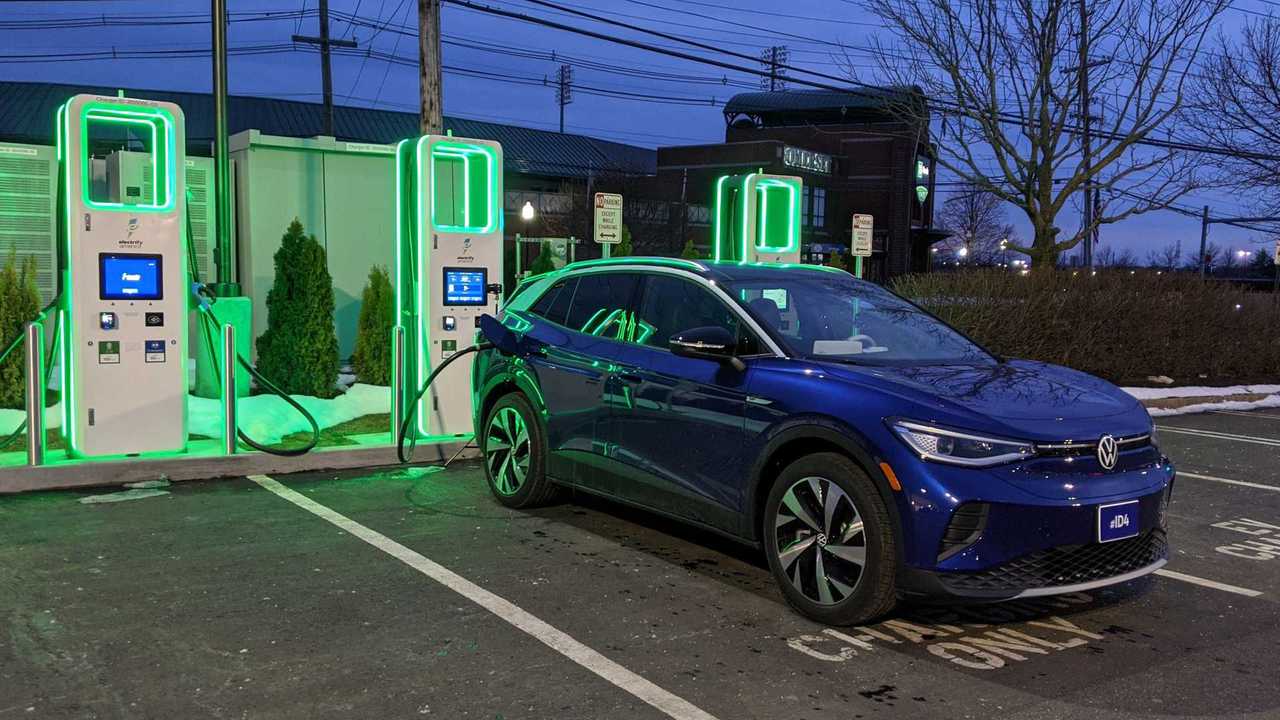 Let's take a look at the test results, range replenishing rate and comparison with the ID.3.

Volkswagen ID.4, one of the hottest new electric cars on the market, is offering quite good charging characteristics for a mainstream model.

In this post we will analyze its fast charging capabilities, using data from the latest test of the 82 kWh battery version by our very own Tom Moloughney at an Electrify America station on a cold day.

UPDATE (March 7, 2021): We updated/corrected some of the numbers (average values), the Average charging power chart, and added a new State-of-charge (SOC) vs time chart.

First, the charging curve. It's quite flat, with a wide SOC window of available peak power (127-128 kW) and a gentle decrease after around 30% SOC.

Between about 70% SOC and over 80% SOC it maintains 65 kW power, after which it drops quickly and fades below 50 kW. 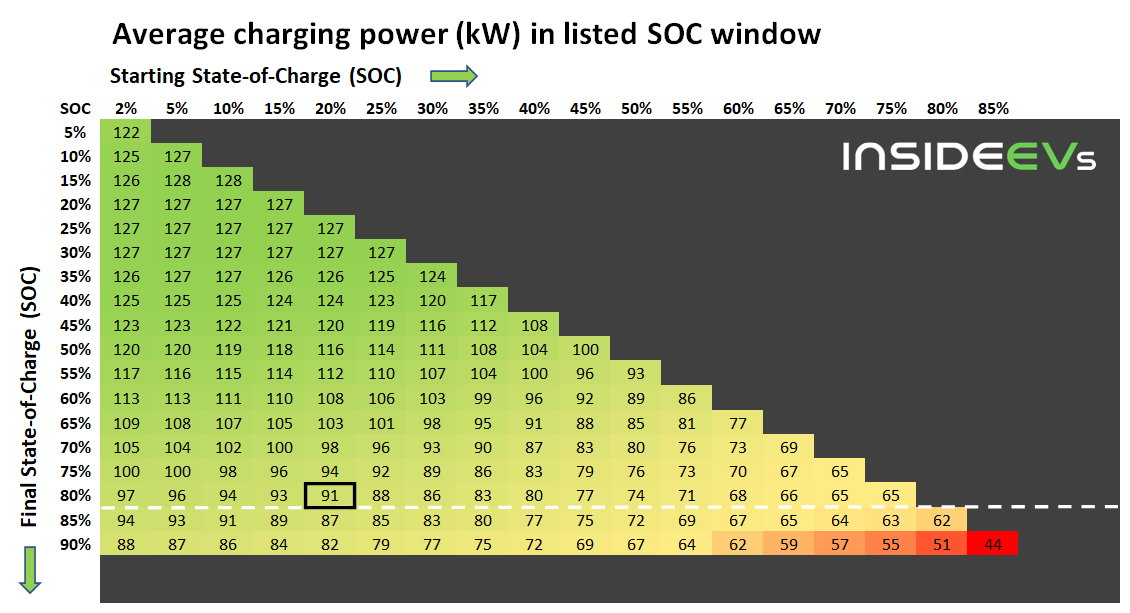 The peak C-rate* - charging power in relation to the total battery capacity of 82 kWh - is about 1.56C.

We have EPA range numbers as well as the WLTP range numbers for the European version, so we can see results for various scenarios:

Depending on whether your use case is more of a gentle driving (WLTP) or rather more of a highway driving (EPA Highway), here is the expected range replenishing speed:

As we are still in the process of collecting data, we will compare the ID.4 (82 kWh version) with its older brother Volkswagen ID.3 (62 kWh version), analyzed previously using data released by Fastned.

In terms of the fast charging curve, the shape is very similar but the bigger battery simply can accept higher power: 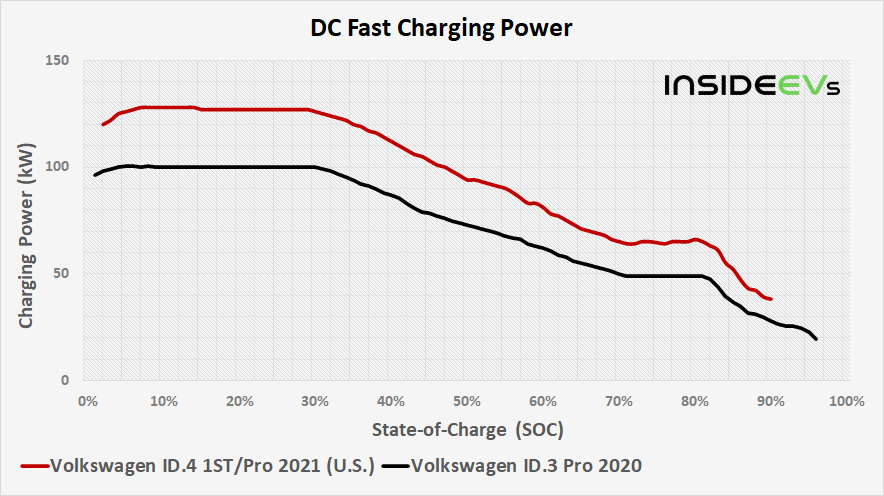 Both packs seem to be loaded similarly as their C-Rate results are similar: 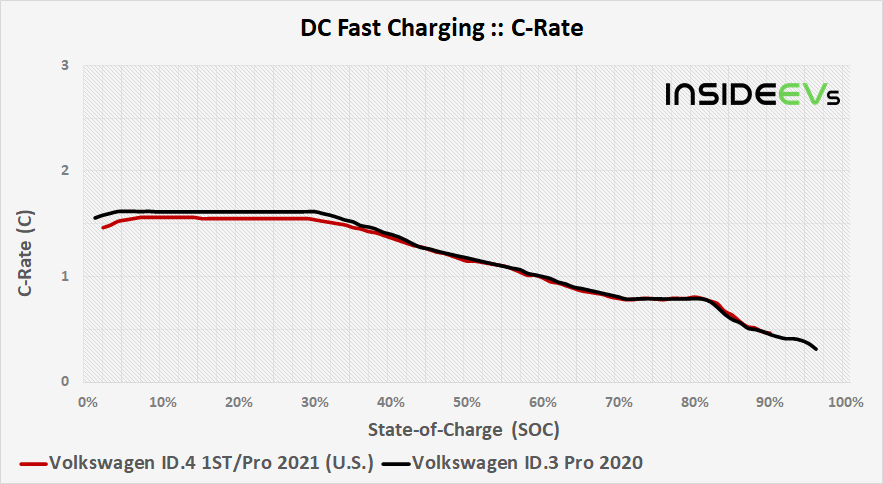 Finally, the range replenishing rate - only for the WLTP test cycle - reveal that the ID.4 replenishes the range faster than the ID.3, despite a slightly higher energy consumption. That's because of the larger battery pack, which allows for faster charging.

Of course, the ID.3 with a similar pack will beat the ID.4 by a bit. 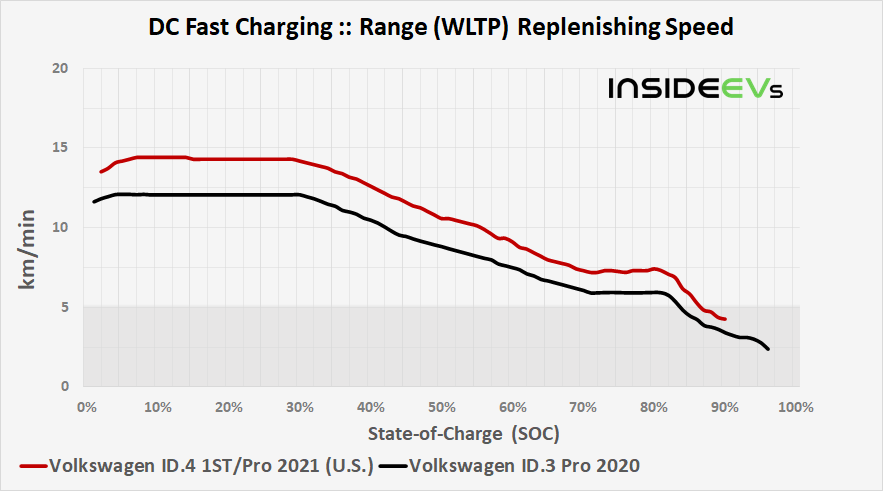 *** Temperature of the battery cells might highly negatively affect charging capabilities. We don't have data about temperatures of the battery at the beginning and during the charging process. In cold or hot weather, as well as after driving very dynamically, charging power might be significantly lower than shown on the charts (in extreme cases charging might be impossible until the battery temperature will not return to an acceptable level).