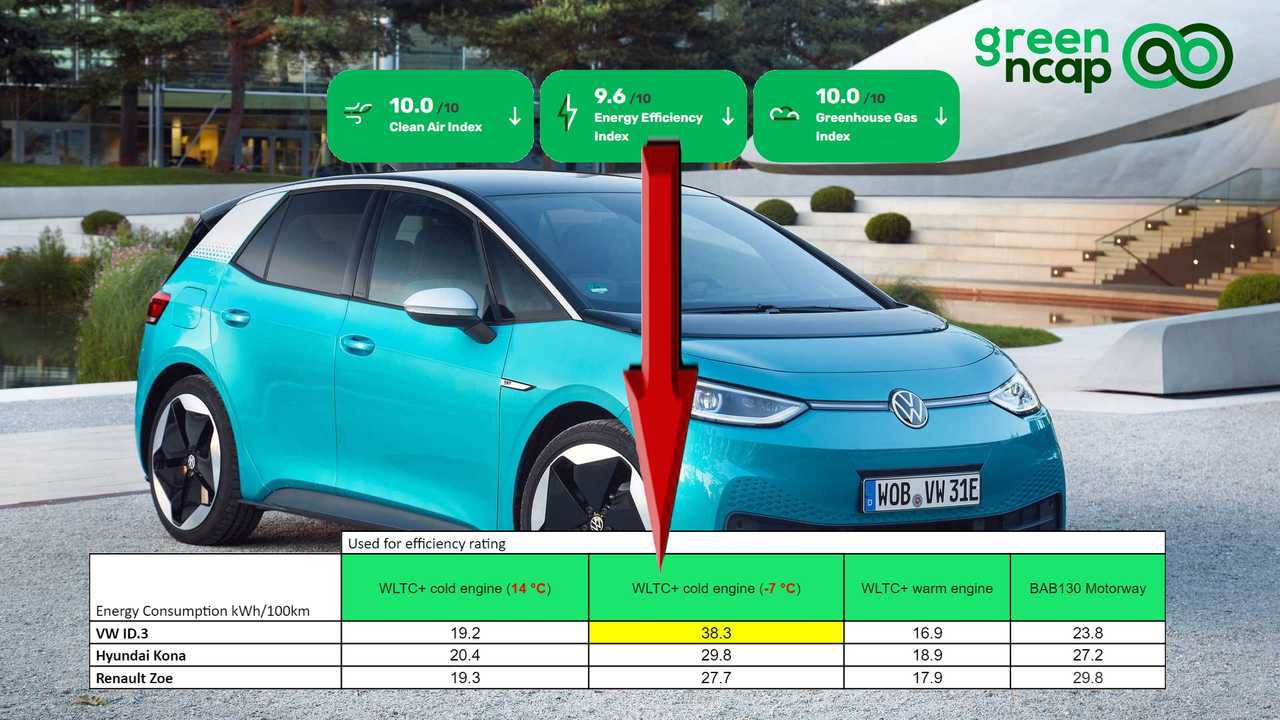 This is why it has a lower score from GreenNCAP than its competitors.

Despite all the benefits a heat pump presents for EVs, Volkswagen and Ford do not put them in all their EVs. They have claimed it does not bring that much benefit to energy efficiency. However, Green NCAP begs to disagree with that. Part of the answer is on the energy efficiency score the VW ID.3 received in the entity’s latest tests: 9.6. The other part is on why that happened.

When we first covered Green NCAP, both the Hyundai Kona Electric and the Renault Zoe had only the highest scores possible in each of the three evaluated categories: clean air, energy efficiency, and greenhouse gases. That gave us the impression any EV would have the same grades. The VW ID.3 showed that is not the case.

Green NCAP tests the cars in WLTC (World-harmonised Light-vehicles Test Cycle), which is part of the procedures adopted by WLTP. More specifically, it uses the WLTC cold (engine) procedure and an ADAC road test called BAB (Bundesautobahn), which refers to German federal highways and the top speed (130 km/h, or 81 mph).

Ariya Will Be Nissan's Most Aerodynamic Crossover Ever: 0.297 Cd

All cars that exceed 30 kWh/100 km start to lose points until they reach 90 kWh/100 km, which is the top limit. Vehicles that surpass such energy usage do not score in energy efficiency.

Thanks to Green NCAP, now Volkswagen has a good incentive to put heat pumps in all its MEB vehicles regardless of where they will be sold. Although they are expensive components, a large scale can bring the price down and boost energy efficiency.