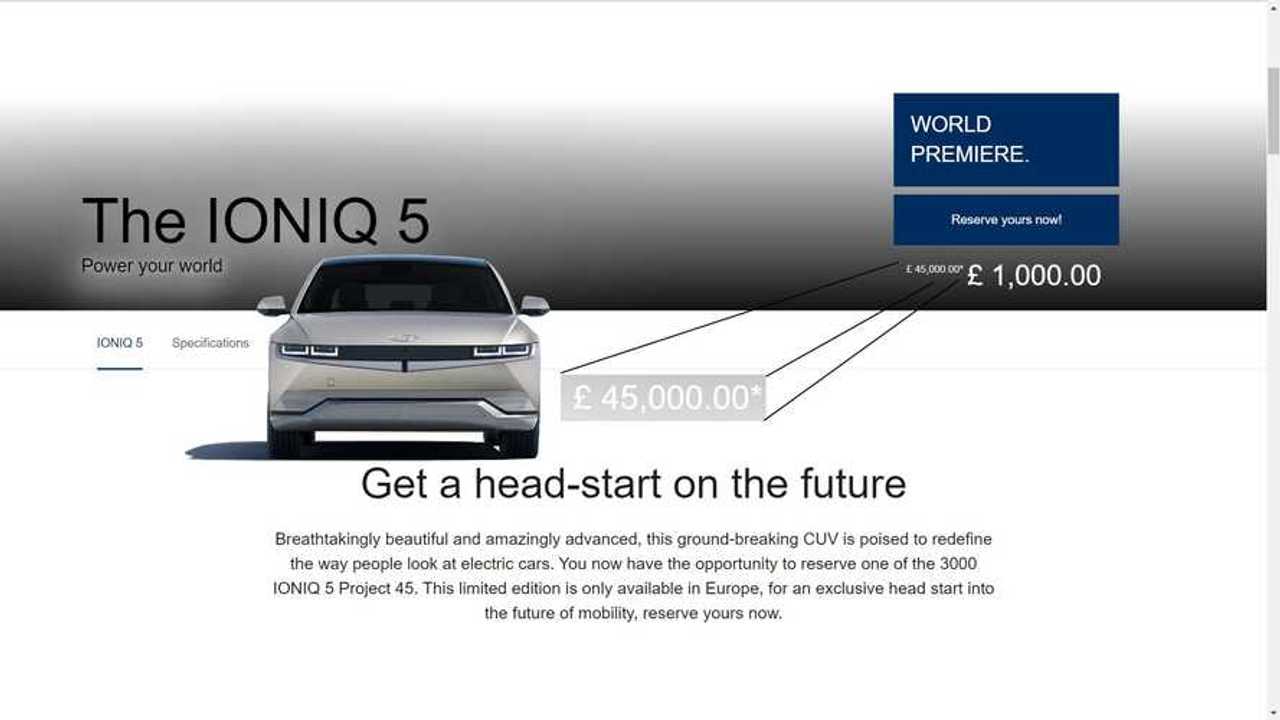 That’s the fully loaded derivative of the new electric crossover. Even so…

After the Hyundai Ioniq 5 was presented, the main question in everybody’s minds is: “How much will it cost?” We thought we would only hear about it close to deliveries, expected to start in the first half of 2021 in Europe and South Korea and in December 2021 in the US. Luckily, the British Hyundai website revealed at least one reference to us: the cost of the Project 45 derivative. You’ll be able to buy one for £48,000.

The UK government grants £3,000 for electric cars, which will make customers end up disbursing £45,000. The price would be a smart reference to the 45 Concept if it were not such a high cost for the new Hyundai.

In the UK, Volkswagen is selling the ID.4 First Edition for £43,800 without the government grant. The German carmaker includes it in the price and presents a lower one, at £40,800, but makes sure to mention that’s because of the government incentives.

Comparing this price to those in the US is difficult due to differences in taxes and content between the same products depending on where it is sold. Yet, convert those £48,000 to dollars, and you end up with a price of $67,700 under the current exchange rate. The Model Y Long Range costs $48,990. Tesla charges $60,990 for the Performance version.

Watch How Hyundai Ioniq 5 Tows And Charges All Your Gear

Although we still have no idea how much the Ioniq 5 will cost in other markets, the UK reference shows it will not be an entry-level EV by any means. The future Ioniq 6 and Ioniq 7, respectively a sedan and an SUV, will probably also come with a premium in their market segments.