It looks like an SUV of the times, with hints of Porsche Cayenne and Maserati Levante.

Karma Automotive is the company you previously knew as Fisker Automotive, but since its original founder, Henrik Fisker, is no longer on board and has set up his own new company, it couldn’t keep the name. Karma currently only sells the Revero (a revamped version of the original Fisker Karma), but it plans to create a larger lineup of cars that will naturally contain some SUVs too and we just got a sneak peek at the very first Karma SUV via some leaked patent drawings.

With this sleek and sporty looking high-rider, Karma wants to challenge smaller electric SUVs such as the Tesla Model Y or or the Volkswagen ID.4. We currently don’t have any information on the platform, power, battery capacity or range of this new SUV, but now we do know the kind of design that Karma is going for.

This SUV doesn’t appear to be electric. In fact, its look does bring the Porsche Cayenne Coupe to mind (from the rear) and the Maserati Levante (from the front). The thing is we don’t even know if it’s going to just be sold as an electric vehicle - it may very well also be offered as a plug-in hybrid and borrow the Revero’s powertrain that makes 402 horsepower and relies on a BMW 1.5-liter three-cylinder to replenish the battery. 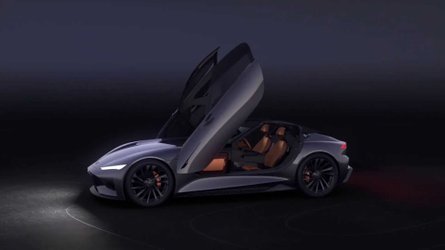 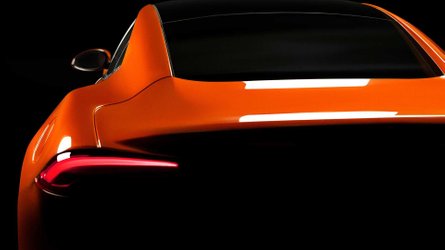 Its underpinnings may be more closely related to those of the upcoming GS-6 model (which will also be offered in pure-EV or PHEV flavors) as a more affordable alternative to the six-figure Revero. Karma has also announced that it wants to make vehicles that run on hydrogen and replenish their hydrogen supply as they are driven - as far as we know, this SUV could get that powertrain too.