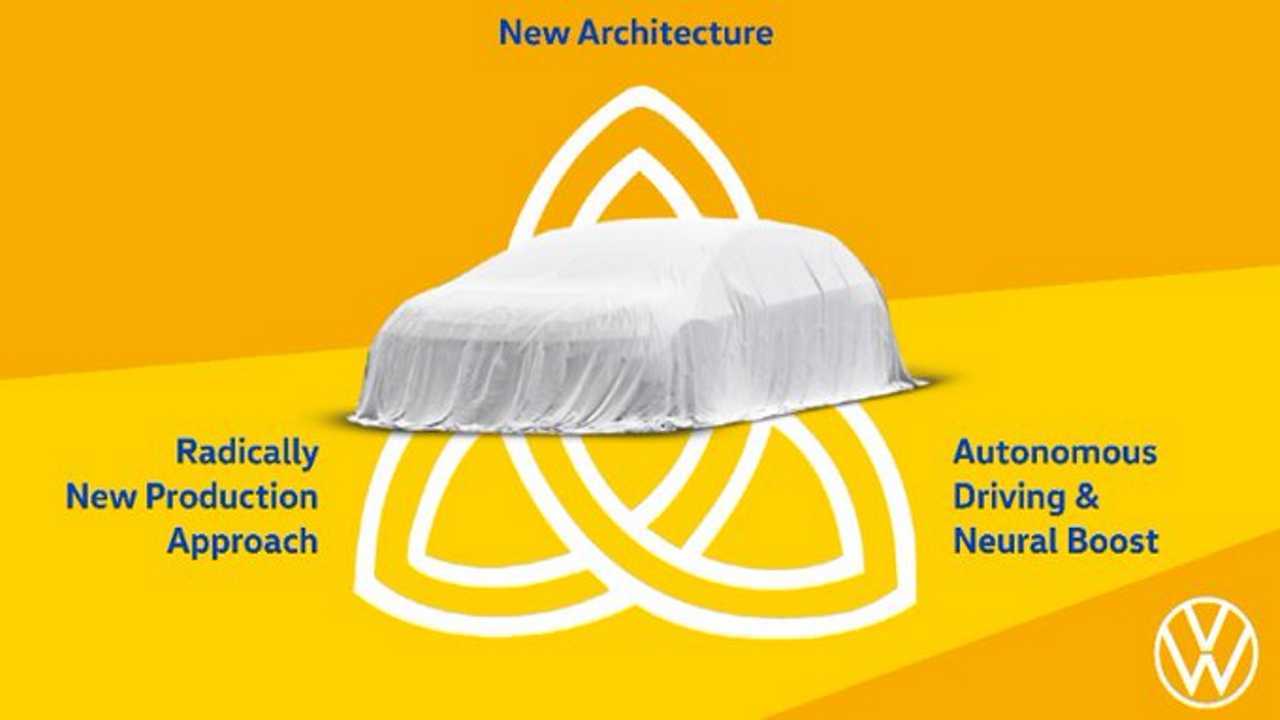 Such trinity consists of a new EV architecture, a new production approach, and level 2 autonomy.

When Audi, Volkswagen, or Porsche work on something, it normally isn’t for exclusive products. On the contrary: all three of them usually get products derived from those efforts. Although Audi is working on the Artemis Project, we expected Volkswagen and Porsche to present vehicles based on these efforts. Volkswagen may have just confirmed that with the Project Trinity.

Greg Kable tweeted the image above and information on what Ralf Brandstätter, the Volkswagen brand’s CEO, shared about it. According to the British motoring writer, Brandstätter named it Project Trinity, which will give birth to a "highly efficient flat seat concept with an iconic design."

Considering how low the car under the wraps seems to be low, high efficiency implies an electric car with a remarkably low drag coefficient. Curiously, it seems to have a long body, similar to that of the Arteon Shooting Brake. It seems we are not talking about a sedan, which theoretically has better aerodynamics to present.

Apart from being highly efficient, this new electric car would have a “radically new production approach” and level 2+ autonomy ensured by a neural network. Volkswagen would want to make it ready for level 4.

More Articles On The Artemis Project:

If you remember how Audi presented the Artemis Project, its first goal was to develop “a highly efficient electric car” that would be put for sale in 2024. The second was to speed development time – which could also be referred to as a “radically new production approach” – and “highly automated driving.” So much so that the man in charge of the project is Alex Hitzinger, a former Apple executive who was also “Senior Vice President of the Volkswagen Group with responsibility for autonomous driving.”

What we still did not know about the Artemis was that it would develop a new electric car platform. Ironically, that’s what Project Trinity revealed. When Porsche announces its project, we’ll probably learn a little bit more about the Artemis/Trinity.