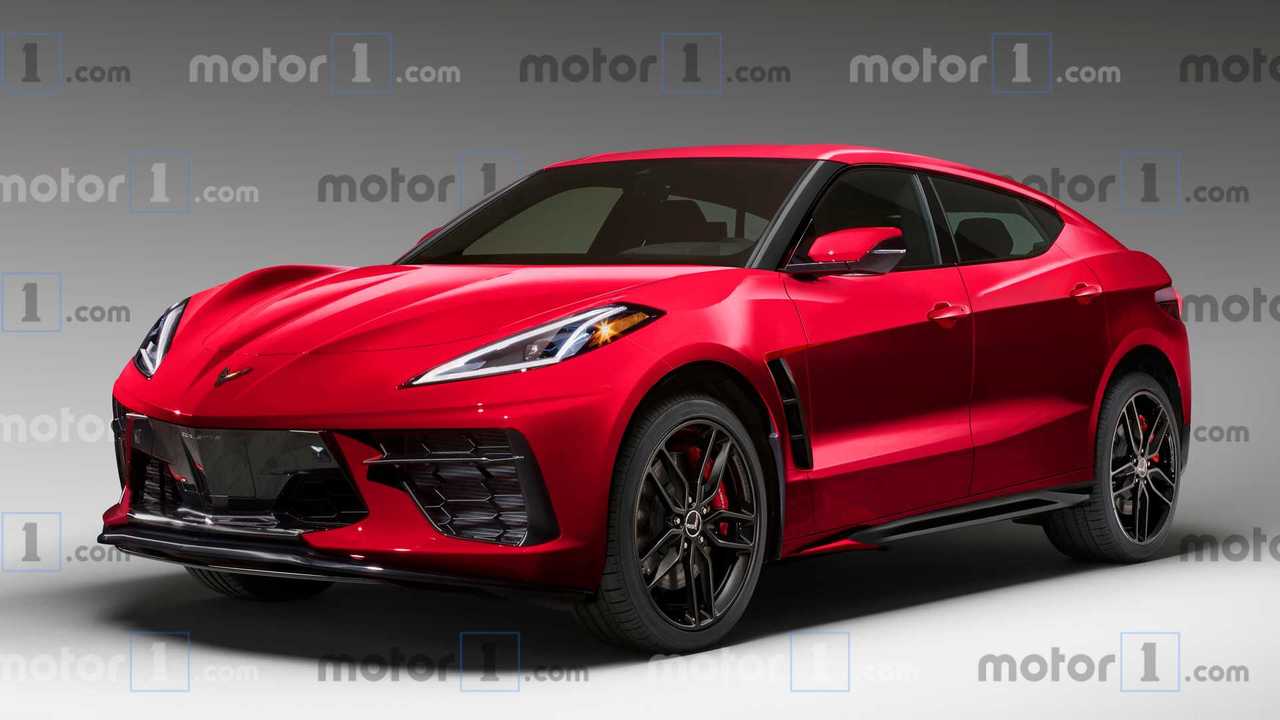 Would GM trample over the Corvette name’s heritage to make money? Of course it would, after Ford did the same.

Ford caught a lot of flak after it announced it was going to make Mustang crossover and that said crossover would be fully electric. Die-hard fans of the galloping stallion expressed their dissatisfaction when it was announced and ultimately revealed, but those negative views seemed to have receded, especially now that people have actually experienced what became the Mustang Mach-E, and most rate it as excellent.

The Mach-E is really shaping up to be a success story for the Blue Oval, which definitely took a bit of a risk making it, but now it looks like it’s paying off. On that note, would it be such a big stretch for General Motors to create a Corvette-badged high rider, in a world that’s also home to SUVs from Aston Martin and Bentley and which in the near future will also have to find a place even for high-riding models from Ferrari and Lotus.

And even if Chevrolet did, in fact, go ahead and make a Corvette SUV/crossover, would it be the worst thing in the world if that model was fully electric, like the Mach-E? Well, probably not, especially if Chevy managed to make its Corvette-badged electric high-rider comparable in quality and appeal to its potential rival from Ford.

Bloomberg now reports that GM is indeed considering the idea. In fact, the source article says that engineers and designers are already hard at work coming up with an entire range of Corvette-inspired and -branded vehicles. This project is apparently internally known as Project R or Brand R.

Rumors about such a project have been aplenty over the years, but they were never given any official credence. And just like before, this time GM officials did not confirm that such a project is in the works, although they did not deny it either.

The Mustang Mach-E has been quite well received

There's A Reason The Mustang Mach-E Handles Like A Car: Ground Clearance

If this latest rumor proves accurate, then we could see the Corvette electric crossover debut in 2025. It’s also interesting to note that once the rumor got out, GM’s stock went up by 2.4 percent, although it stay that high until the end of the day - but this clearly indicates there is a strong business case for the model, so even though it has not been confirmed, it is more likely to happen than not to happen.