US: Mitsubishi Outlander PHEV Sales Down In Q4 2020

It was a pretty difficult year for the Japanese brand overall.

The Mitsubishi Outlander PHEV is fading in the U.S. In the fourth quarter, sales amounted to only 385, which is 57% less than a year ago (896).

Despite the third quarter being relatively strong, in 2020 Outlander PHEV sales faded by 30% year-over-year to just 1,964 or 2.2% of the total Mitsubishi volume.

We are still waiting for news on the upgraded version of the Outlander PHEV, but it will probably be too little too late.

Not only is the Outlander PHEV struggling, as the overall Mitsubishi brand is suffering a lot. The total sales amounted to only 87,387 - 28% less than in 2019. 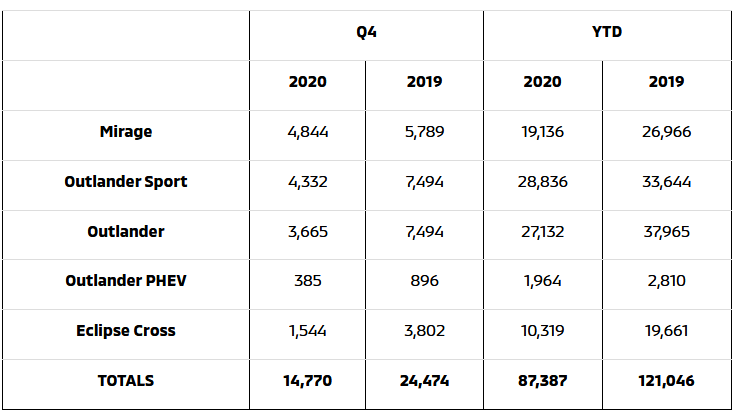