Sweden: Plug-Ins Capture Record 37% Of The Market In November 2020

Volkswagen ID.3 almost outsold all of the plug-in hybrid models.

Sweden set its third consecutive monthly sales record of plug-in electric cars. In November, some 10,280 new plug-in cars were registered, which is 141% more than a year ago.

Not only is the volume increasing like crazy. The market share also improved to a new record of 37%! That's almost four in ten new cars. If we add an additional 13% for hybrids, it's already 50% for xEVs (BEVs, PHEVs, HEVs).

Usually, the top-selling models are plug-in hybrids from Volvo, Volkswagen and Kia. In November, among them was also the all-electric Volkswagen ID.3 with the second-highest number of registrations (773), just behind Volvo XC60 PHEV (791).

It's too late to change much in the table for 2020, but next year, BEVs might play a significantly bigger role. 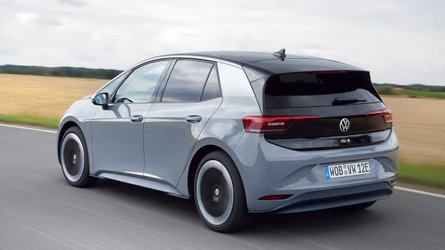 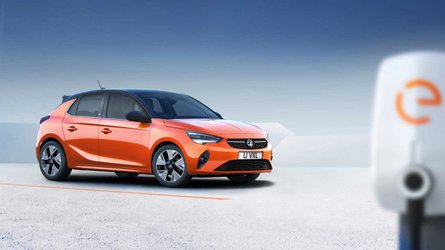 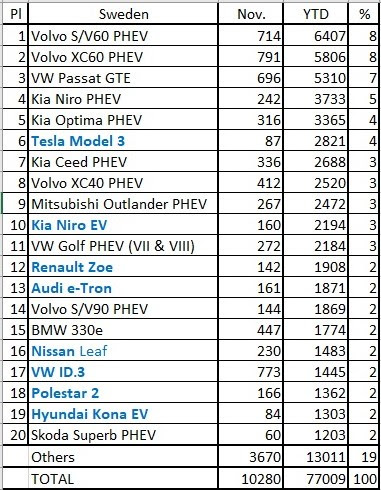