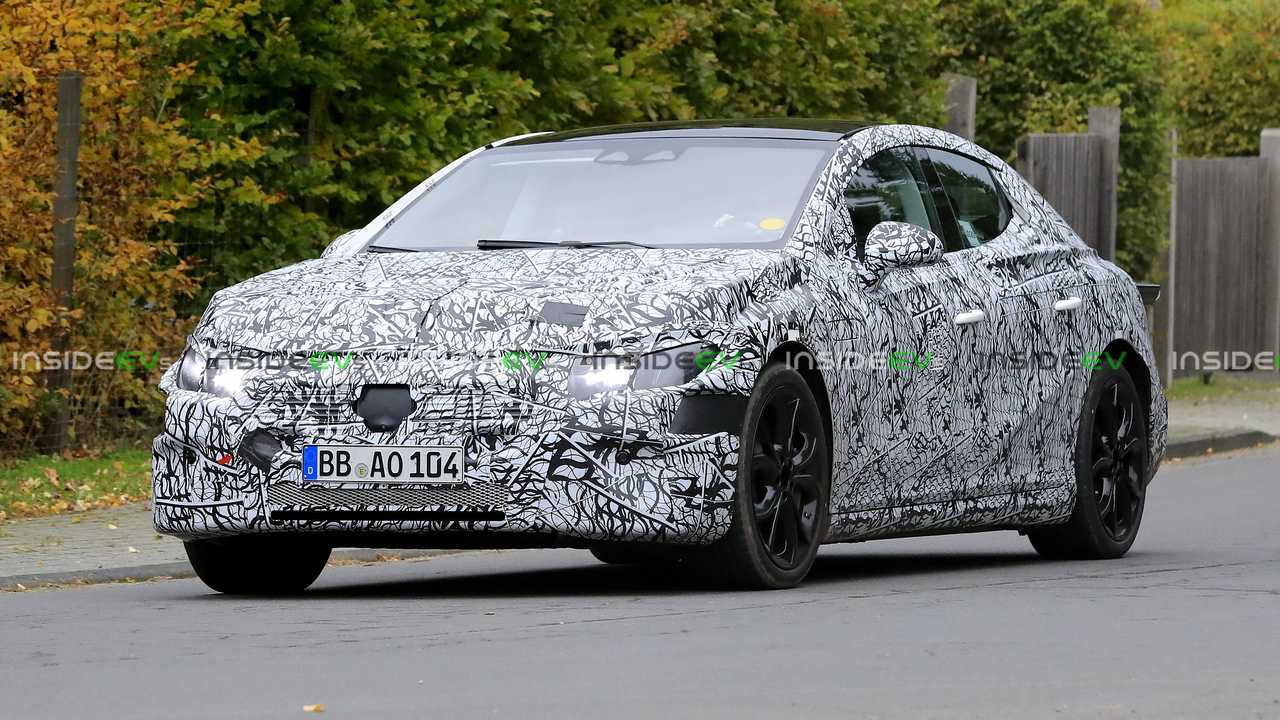 The manufacturer calls it the ‘ business limousine of the future ‘ and it will arrive in 2021.

While the EQS is grabbing all the headlines, because it is set to become Mercedes’ flagship electric sedan, the smaller EQE will probably be more popular. It will be revealed one year after the EQS, in 2022, and it will likely offer many of the same features, similar design inside and out, as well as a comparable range (of around 600 km / 370 miles), all for a lower acquisition price.

It may even start replacing the ICE Mercedes-Benz E-Class as the go-to sedan for taxi drivers in Germany. The E-Class has long been their go-to vehicle, but with increasingly stringent measures that big European cities are imposing to limit access of fuel burning cars in downtown areas, cabbies may have to switch to electricity, and the EQE seems like a natural choice.

If we compare the look of the EQE and EQS prototypes, the former looks like it will have a slightly more conventional shape (albeit a more hatchback-like one rather than sedan-like). And just like the EQS, it is expected to come with air suspension and rear-wheel steering and the top version is believed to have around 470 horsepower.

We don’t know if an AMG version of the EQE sedan is planned, but if Mercedes makes an EQS AMG, then there is a high chance that the smaller model will get one too. Production is set to begin in 2022, and apparently the vehicle will be built both in Germany, at Mercedes’ new Factory 56 in Sindelfingen, as well as in China where it is expected to be a big seller.