This tender win will mark Fastned’s entry into the French market.

Fastned has been selected by Autoroutes Paris-Rhin-Rhône (APRR), the French motorway and toll road group, to build and operate 9 fast charging stations along key motorways in the country (the contract is pending approval).

Winning the tender should accelerate the expansion of the Fastned's network, which currently has 129 stations across the Netherlands, Germany, the United Kingdom and Belgium.

The first installations in France are planned for 2021 ("after which Fastned will be able to operate the stations for 14 years") and those will be pretty decent stations - each with up to 16 stalls, solar roof and 100% renewable energy sources (wind and solar). At full power, such a station might need roughly 5 MW of power, but normal utilization, especially in the early days, will be lower.

The most important thing in the case of fast-charging infrastructure for long-distance travel is of course the localization of the stations - stations deployed directly on the highways are the most convenient.

"The contract with APRR will enable Fastned to build large fast charging stations on 9 sites directly along the highway from Paris to Lyon, on the route to Switzerland, and around Dijon, ensuring electric drivers can travel the Autoroute du Soleil from France’s capital to Lyon without difficulty. This is the first time Fastned wins a charging infrastructure tender in France and the first time ever that APRR held a public tender for EV charging infrastructure." 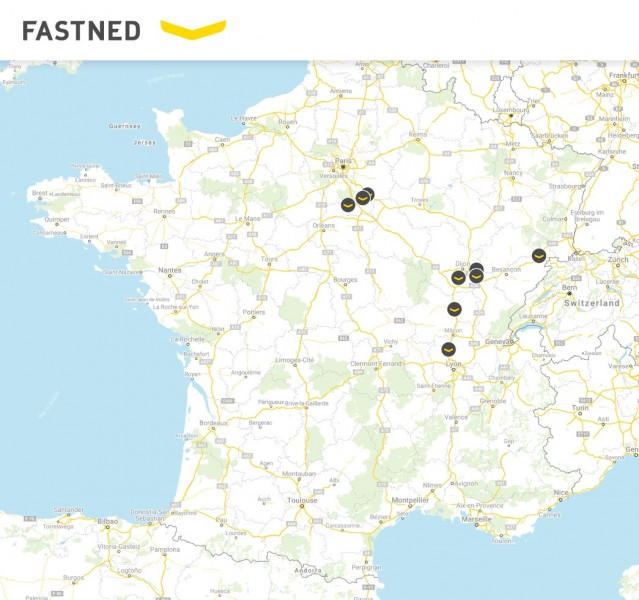