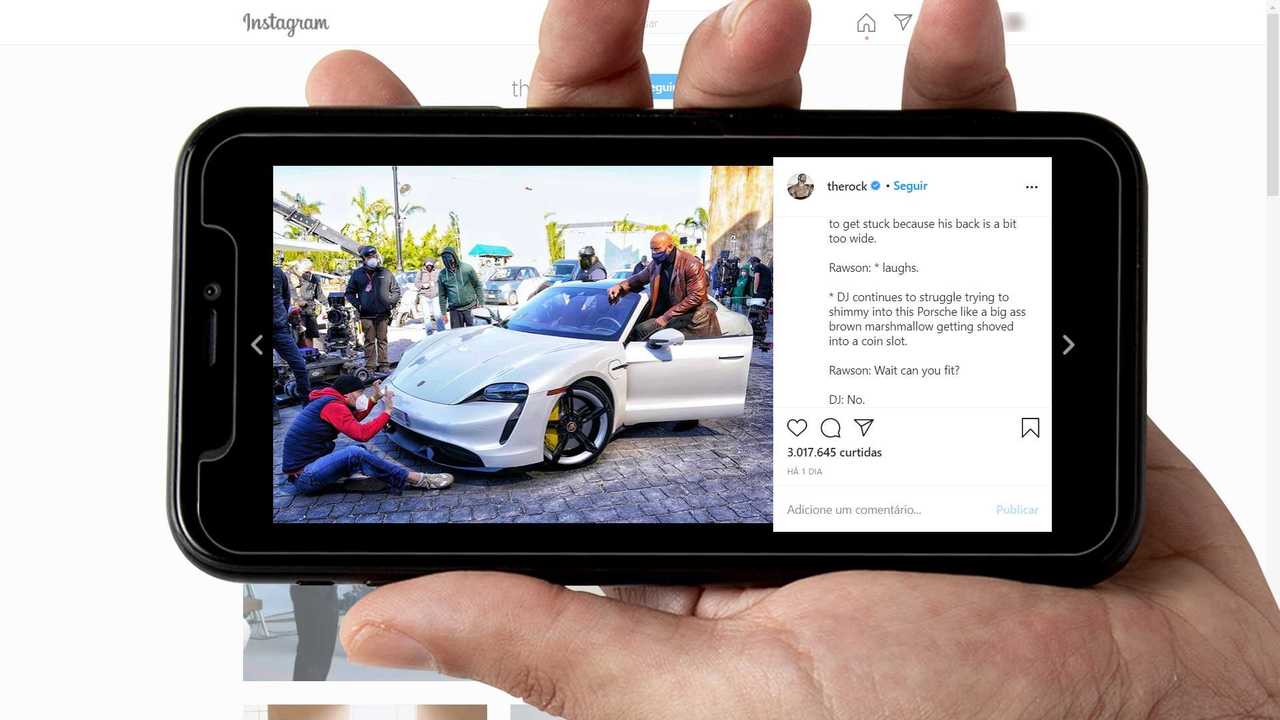 At least he was not trying to buy one.

Big people are often disappointed to discover they do not fit in cars they like very much. They try to drive it, or only to sit behind the steering wheel, and a disappointing – and often embarrassing – situation unfolds. We’re glad Dwayne “The Rock” Johnson was not trying to buy a Porsche Taycan in this case, just to shoot a scene for his new movie. At that time, he and the director discovered he does not fit in the electric car.

For a complete idea of what happened, check what The Rock told about the episode in his Instagram account. If you have a problem with the “F” word or work in an environment that does, be careful with the text. If you don’t, enjoy it: it is very funny.

If you did not care to read it or had any issues with the Instagram post, what The Rock said was that he was shooting for his new movie called Red Notice. This specific scene should present him getting behind the steering wheel and revealing skills chasing someone or escaping – we’ll probably know more when the movie is released.

Master Of Lean Design, Sandy Munro Must Have Felt Beaten By Changli
⠀

CHAdeMO Condolences Video Will Make You Laugh Out Loud

When his director Rawson Thurber asked him to enter the car for them to rehearse the scene, The Rock said he felt like a big “brown marshmallow getting shoved into a coin slot.” Laughing because it was funny than later doing so out of apprehension, Thurber and The Rock eventually found a way to make everything work. We’ll also have to wait to check how this matter was eventually solved.

We’re glad that Dwayne Johnson was not trying to buy the electric car. Obviously, not because we would not like to see him driving electric, but because that would be massively disappointing. Considering how big he is, he'll probably only fit in an electric pickup truck. We just wonder which one he would pick.