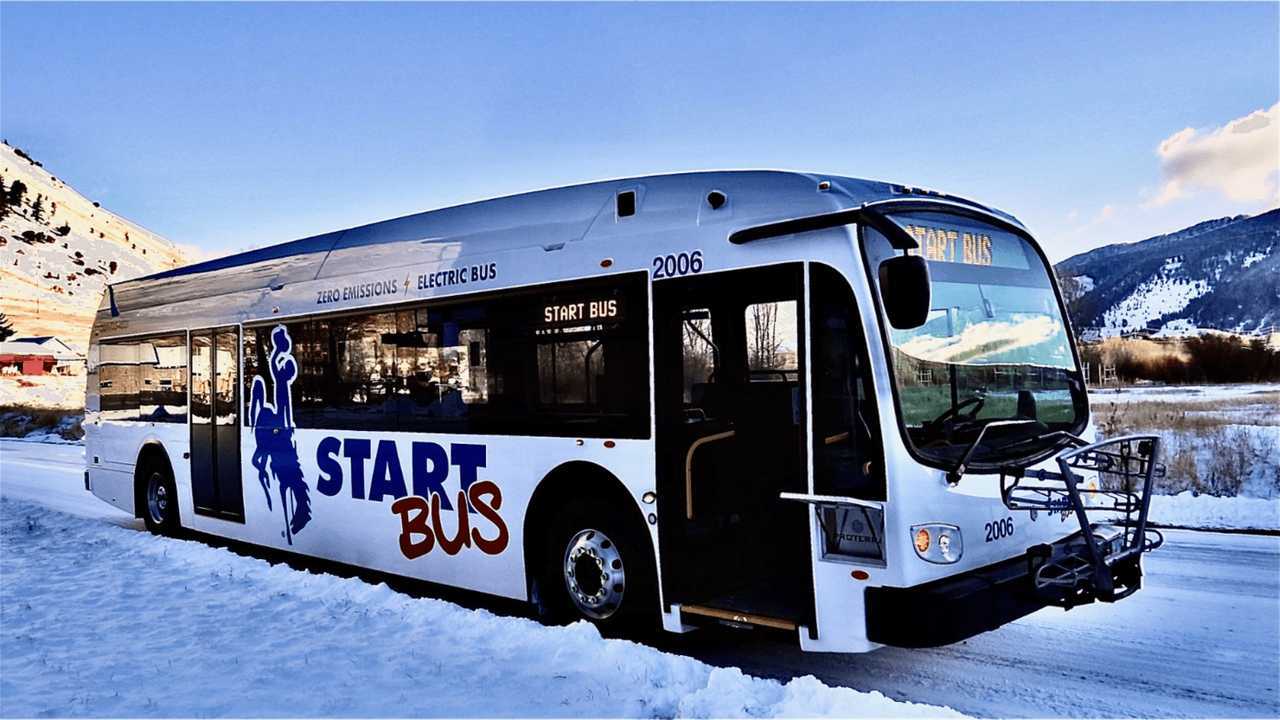 ...that happens to be the first of all-new Proterra ZX5 in the country.

START Bus, a public transit system serving Jackson and Teton County (and nearby areas) in Wyoming, has unveiled the first battery-electric bus in the state - the Proterra ZX5.

It's also the first newly-launched Proterra ZX5 deployed in the country. START Bus has ordered eight of those in the most capable version: 40-foot Proterra ZX5 MAX with 660 kWh battery and the DuoPower drivetrain (550 hp). The range of the buses is up to 329 miles (529.36 km), which should be handy during winter time.

"START hosted Proterra representatives for a small ribbon-cutting ceremony on Nov. 12. Due to COVID-19, it was not a public event. For the public to join in the fun, next Thursday, Nov. 19, from 11 a.m. to 12 p.m. Yellowstone-Teton Clean Cities will host a webinar with Proterra representatives sharing specifics about the e-bus deployment in Teton County and the premiere of a video about the project. Look for Zoom details through Yellowstone-Teton Clean Cities."

START Bus will put the buses into service in late November as the first step in its electrification plan. Eight buses represent one-third of START’s total fleet. By 2022, 40% of the fleet will be electric.

An interesting thing is that START Bus is utilizing Proterra’s battery lease program to lower the upfront cost of the switch to EVs.

Here is the latest general presentation of the Proterra ZX5 battery-electric transit bus: