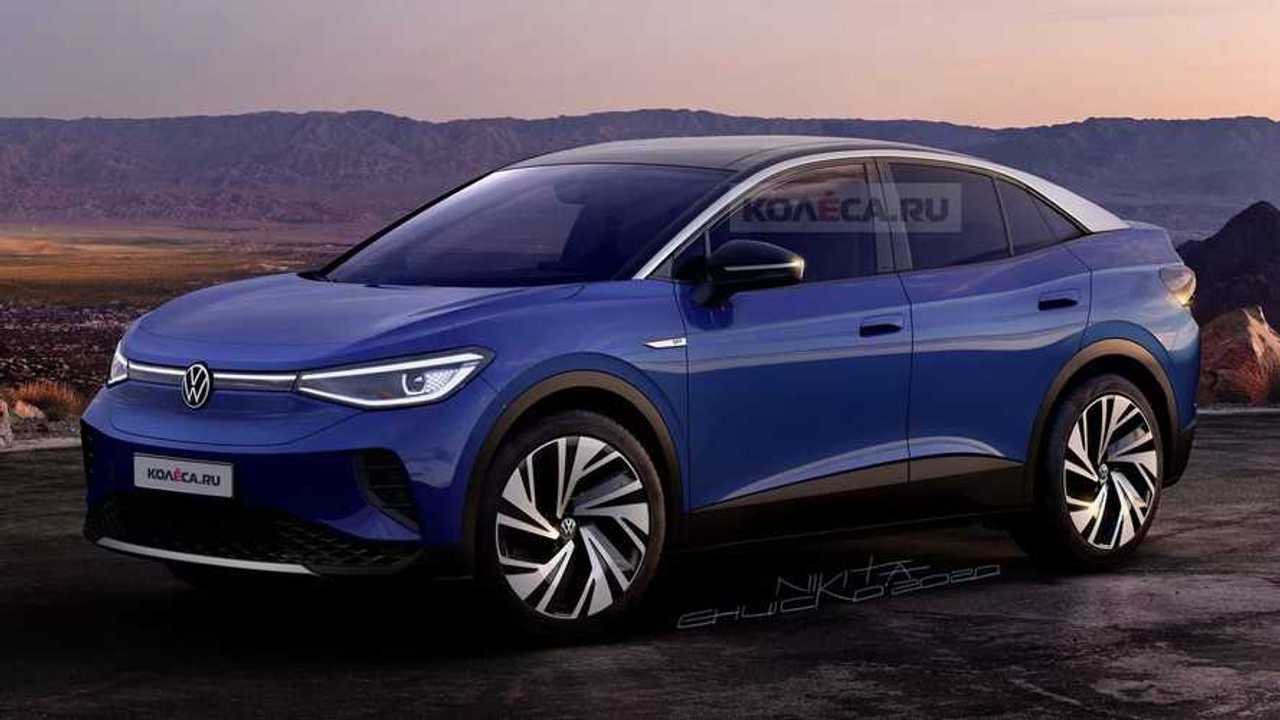 We’ve already seen it in spy shots with little camouflage and this is just a confirmation of what the ID.4 Coupe will look like.

Volkswagen will sell the ID.4 in two distinct body styles - the more traditional crossover body and a coupe-like model with a dramatically dipping roofline. The former has already been revealed and detailed, but the second, more rakish model has yet to be shown in its final production clothes.

But between the spy shots showing the ID.4 Coupe pretty much uncovered and the fully uncovered ID.4, it’s not hard to conjure up a rendering of the former. This effort by Kolesa.ru we say perfectly predicts what the final production ID.4 Coupe will look like.

Probably the biggest unknown, more so than its look, is what Volkswagen will choose to call it - will it actually be ID.4 Coupe, or will it be ID.5 as some sources have suggested. It has to be said, though, that the ID.5 name would be better suited for the production version of the ID Space Vizzion concept.

Whatever it ends up being called, the ID.4 coupe will debut sometime in early 2021 with the exact same powertrains and battery packs as the non-coupe variant. It currently comes with a rear-wheel drive base version with 201 horsepower, or you can upgrade to a 302 horsepower dual-motor all-wheel drive variant; they cost $39,995 and $43,695 in the U.S. respectively.