Tesla’s FSD Beta does work most of the time, it’s clear why it’s still a beta version, not ready to be called final.

It’s not every day that you get to see a video shot from a drone, showing Tesla’s Full Self-Driving Beta in action. In fact, we’ve not seen another video like it and while seeing FSD Beta in action from inside the car gives good sense of what it’s doing, it can’t compare to an outside perspective as it’s operating - this video actually gives off a bit of a video game vibe, with the third person perspective.

Not all owners have access to FSD Beta, because it’s not actually ready. It currently cannot be relied upon to actually fully self drive the vehicle, because it can get flustered and the driver needs to take immediate action to avoid potential accidents. For instance, in the video posted here, courtesy of Brandon M, the Model 3 running FSD Beta does a pretty good job even on narrow streets and through awkward intersections, but there are a couple of instances when swift driver intervention is needed to avoid crashing.

In one situation, during a tight ninety-degree left turn, the Model 3 doesn’t apply enough lock on its own and it was heading straight for the rear of a parked Ford Focus sedan. We’re not really sure if the it’s the driver who does the braking, but he clearly takes hold of the steering and applies more lock. 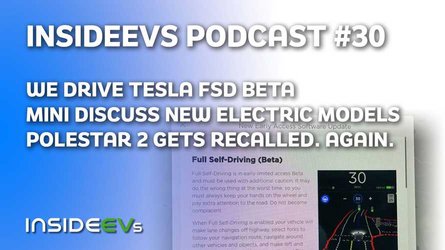 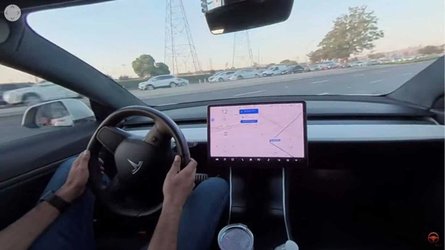 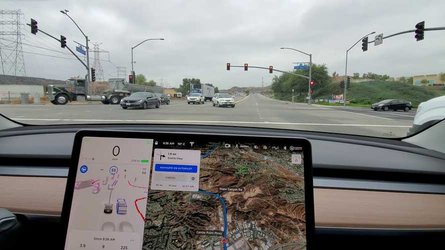 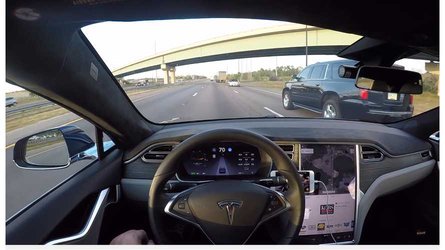 But this and a few other minor issues aside, the car appears able to navigate itself around tight, curving streets with lined by parked cars. It even touches the double yellow line in order to give itself space to stay clear of the parked cars and its trajectory is pretty good - it doesn’t bounce around between the lines like some systems do. According to the video’s uploader, the car was running FSD Beta 2020.40.8.11.