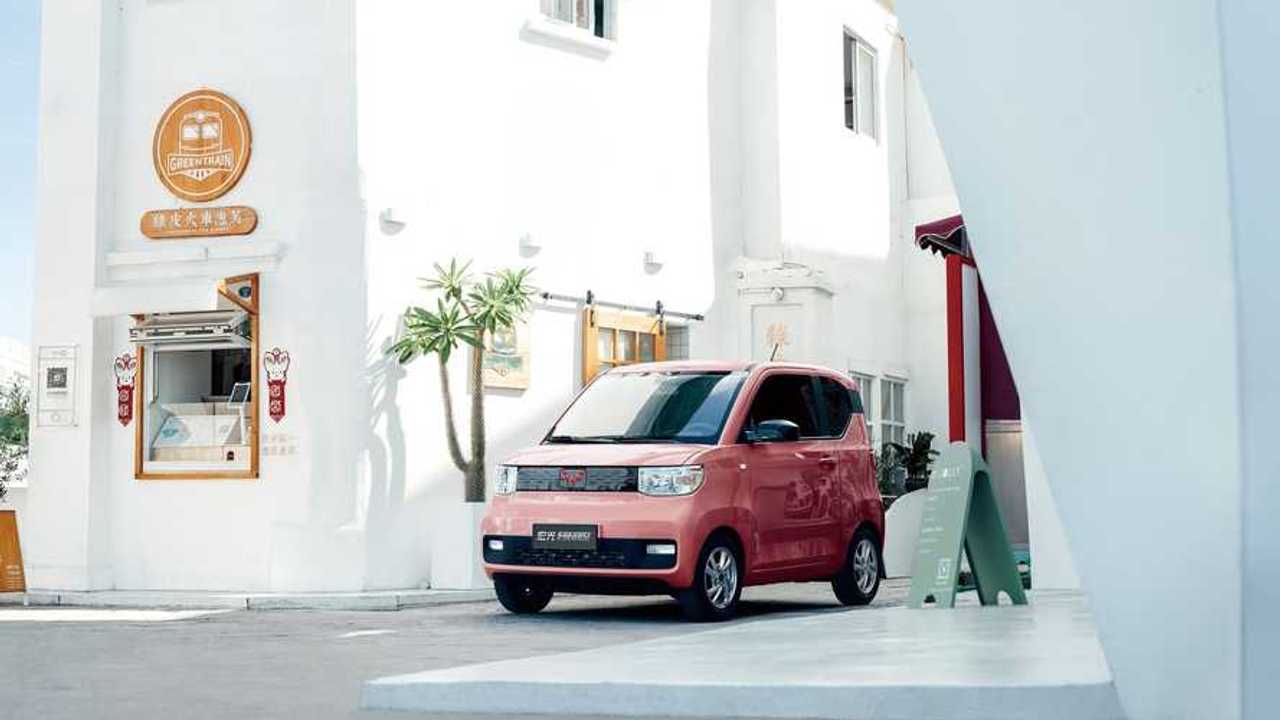 China is back in the game and accelerating. For plug-ins, last month was the best September ever.

The automotive market in China is returning to growth. In September, overall car sales increased by 8% year-over-year, while the plug-in segment went up by 66% year-over-year to 131,022.

It was the highest plug-in sales result for the month of September and the market share reached a very solid 6.3% (including 5% BEVs).

About 80% of the plug-ins happen to be all-electric and this segment is also growing quicker than plug-in hybrids (up 73% year-over-year, compared to 43%).

According to EV Sales Blog, the total passenger plug-in car sales during the first nine months of this year amounted to 695,131. The market share is 5.2% (including 4.1% for BEVs).

This time Tesla Model 3 was not the top dog in China, despite its 11,329 units being another strong result.

The best selling EV by volume was the Wuling's Hong Guang MINI EV with 14,495 units (the wholesale shipments were at roughly 20,000).

The MINI EV may stay on the top, as every - reportedly - month 10-20 thousand new orders are coming in.

Three next BEVs for the month were: 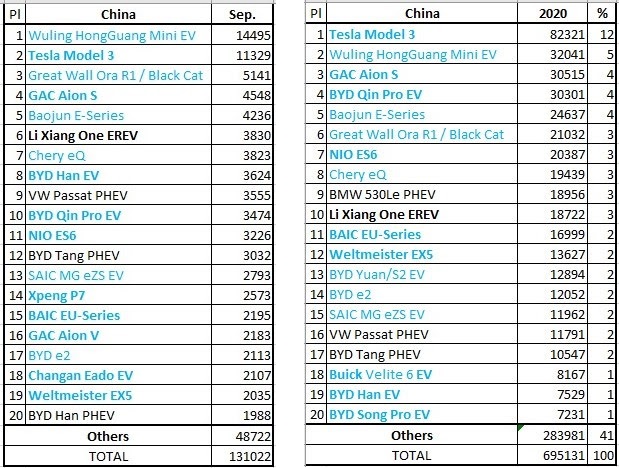