McLaren’s Next All-New Model Will Have 600+ HP, 20 Miles Electric Range 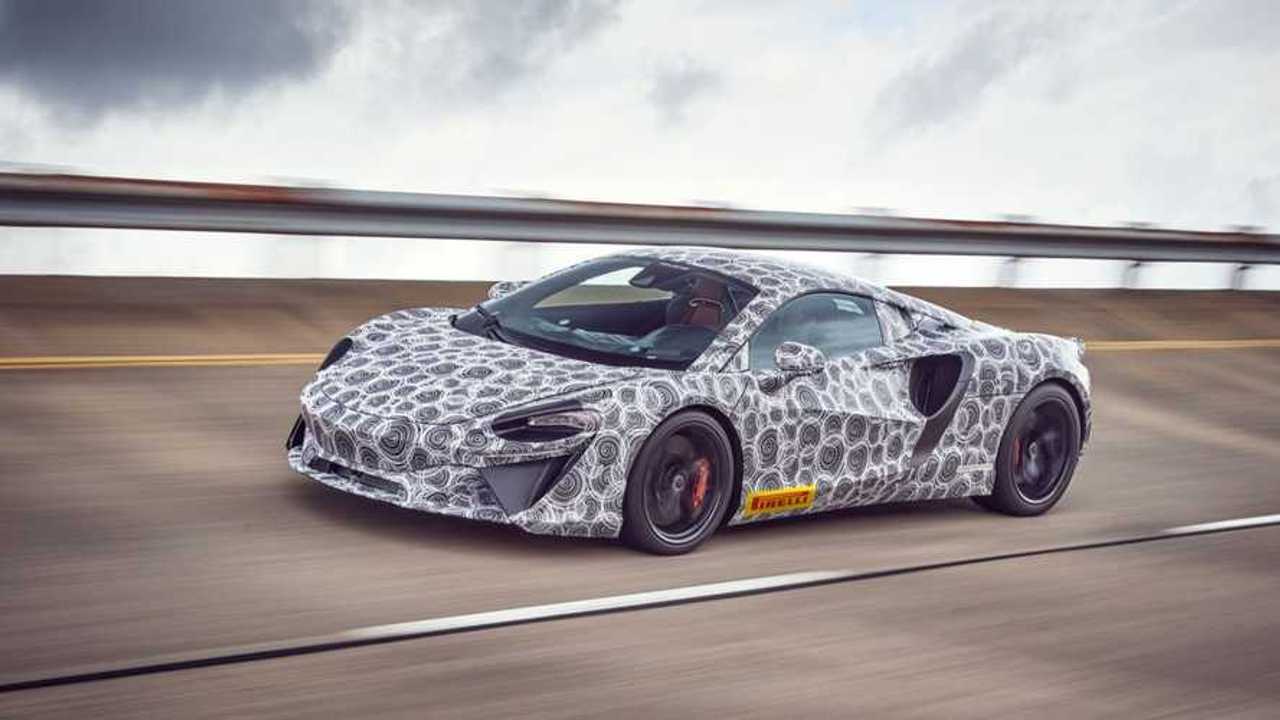 Next year’s all-new McLaren model that replaces the Sport Series is the first really new McLaren since the MP4-12C. And it's a PHEV.

The modern McLaren Automotive that we’ve come to know is actually a very recent automaker that was essentially relaunched as a standalone automaker in 2010. One year later, in 2011, it launched the very impressive MP4-12C (whose name was later shortened to 12C) and pretty much all its subsequent road cars were a derivative of that original independently developed model.

Well, in 2021, McLaren will reportedly launch a brand new model (currently known as the HPH), the first ground-up new car since the 12C and apparently it will be a plug-in hybrid. And not only that, but it will also give up the current twin-turbo V8 for a twin-turbo V6 which aided by electric motors will produce in excess of 600 horsepower, according to Autocar.

The source article says the plug-in hybrid powertrain will offer strong performance and an engaging (and unique) driving experience. It quotes McLaren’s CEO, Mike Flewitt, who previously refrained from giving too much away about the new car, although he did comment on the model’s weight saying

‘ I’ve always said my ambition was to launch the hybrid at the same weight as the outgoing car. We’re not going to hit that, but we’re going to be within 30-40kg. ‘

This means the new car will still weigh around 1.5 tons, even though it will have additional batteries and motor (or motors) compared to previous models. Most of the weight saving will be achieved through the use of a new McLaren Carbon Lightweight Architecture (MCLA) which replaces the previous platform called the Monocell.

Finally, even though we don’t know the upcoming model’s battery capacity, its pure-electric range will be just under the 20 miles (32 km) mark. This is considerably better than any other McLaren PHEV, like the P1 (whose electric range was around 6 miles or 10 km) or the Speedtail that didn’t actually have any noticeable electric range.