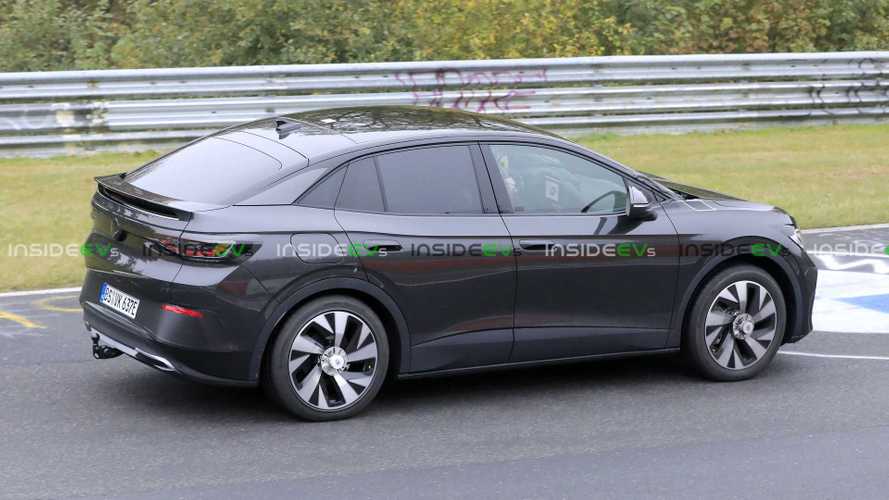 Why VW chose the fake Subaru front is a mystery because the rest of the coupe crossover is almost completely without camouflage.

Volkswagen is in the final stretch of testing with the ID.4’s less practical but more rakish looking brother, expected to be called ID.5 (and it will probably be launched in 2021). It was recently snapped by our spies undergoing testing around the Nurburgring curiously wearing a fake Kia grille - who does Volkswagen think it is kidding?

What’s even more curious is the fact that aside from the faux Kia grille that also partly covers the headlights, the rest of the car is fully visible; it has hardly any camouflage. The front of the prototype appears identical to that of the regular, recently revealed ID.4, but move to the back, and it looks completely different.

The ID.4 does have a dipping roofline that falls slightly towards the rear of the vehicle, but you couldn’t call it coupe-like. This prototype, on the other hand, has a much more pronounced fastback-like look from the B-pillar back and it lends the entire vehicle quite a different look - think of it like the difference between a BMW X3 (which we drove recently in PHEV guise) and the sportier looking X4 - that’s what VW is going for here.

Stay up to date on everything ID.4

Volkswagen ID.4: Video Presents Everything You Need To Know

We don’t expect there to be any powertrain differences between the ID.4 and this coupe-like variant of it. The latter will incur a price premium, although the price difference won’t be massive - probably no more than $2,000, maybe $3,000.