The raised, load-lugging Taycan scooped in the wild with almost no camouflage.

After our recent batch of spy photos showing a completely uncovered Porsche Taycan Cross Turismo, we now have a prototype sighting at a charging station in Norway. It has some camouflaged areas around the rear light clusters which are consistent with other prototypes we posted photos of in the past.

In fact, the very latest spy shots show a prototype without the spots of red camouflage. This example, spotted by EV enthusiast and YouTuber, Bjørn Nyland, does have the red camo, yet it doesn’t really cover any significant part of the car - even with it on, you can still make out the shape of the rear end and the light bar running across it.

The biggest takeaway from this video is just how much bigger the rear section looks compared to the regular Taycan. Sure, you expect the wagon variant to be roomier, but given the Taycan’s focus on being sporty, you’d think the load lugger was more of a design exercise than an actual attempt to boost practicality.

But it looks like it’s not. With just 366 liters of cargo room in the back and 81 liters in the front, the Taycan sedan is not the most practical three-box car out there, although it’s not really meant to major on practicality. So how much more cargo room will the Taycan Cross Turismo have? 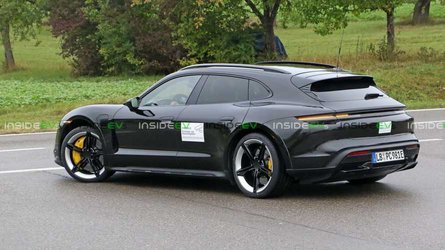 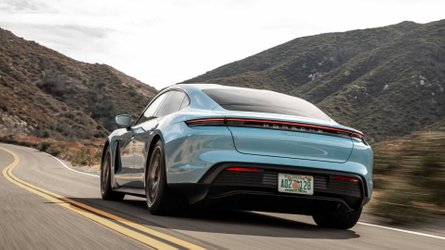 Well, all we have to go on right now is the difference between the Panamera and Panamera Cross Turismo models. The former has 495 liters or 1,334 liters with the rear seat folder, while the latter only marginally increases that to 517 liters and 1,384 liters respectively. This leads us to expect the same to be true of the Taycan and Taycan Sport Turismo.