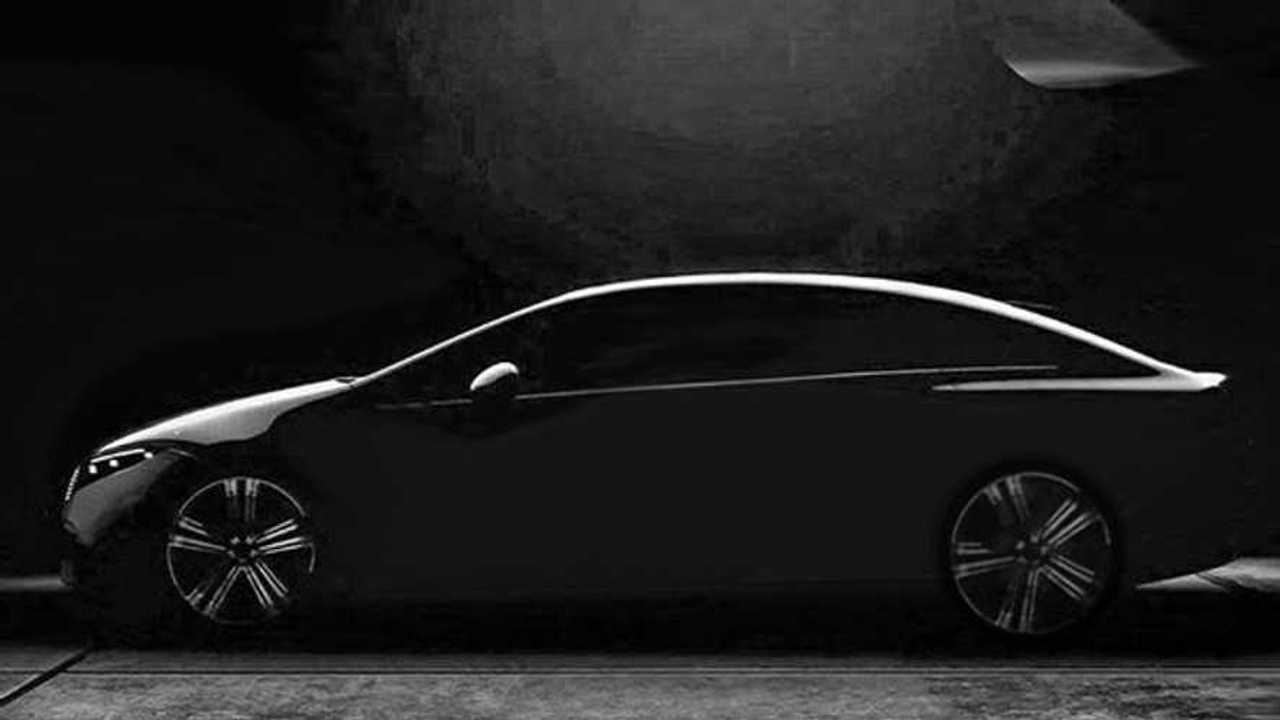 We don’t know where it’s from, or why it’s so bad quality, but the vehicle it shows looks like the real deal.

Mercedes-Benz is expected to reveal its EQS electric range flagship sometime in 2021 (next year is shaping up to be a great year for EV launches for both cars and trucks), along with a while slew of other battery powered models, but it’s this range topper that will have the most features and be the most luxurious. Its interior won’t be extremely different to that of the recently unveiled S-Class, but what about its exterior?

Well, while we all really enjoyed the Vision EQS concept that previewed it, it’s safe to assume that the production spec EQS won’t really look like that. Sure, it will retain some of that design study’s proportions, but it will be a more toned down, more traditional looking thing.

So far, our best look at the EQS has been through spy photos. The most recent batch finally showed the actual shape of the car, as well as its production light clusters for the very first time. However, due to the fact that psychedelic camouflage is actually very good at concealing cars, we still can’t say we already know what it’s going to look like.

Thankfully, we came upon what appears to be an official EQS teaser. It’s low resolution and someone has clearly cranked up the brightness to try to extract as much detail as possible, but it finally shows the side profile of the car and the fact that the hood is considerably shorter than that of the S-Class and the extended greenhouse. We tried to enhance it a bit more, but there's not a whole lot that could be done to the photo.