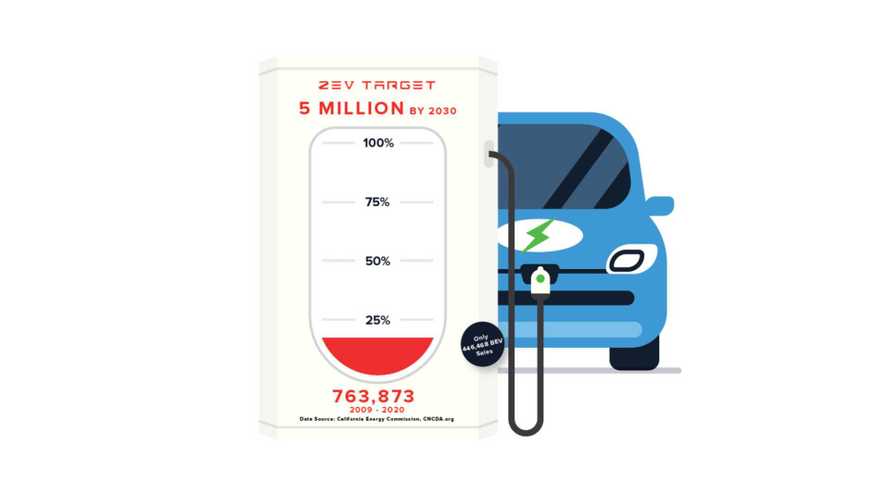 Electrified cars are getting higher and higher market share in California, but to achieve the state's goals, sales have to accelerate.

California is gradually progressing towards its goal to have 5 million zero-emission vehicles (ZEVs) on the roads by 2030, although the sales results during the challenging first half of 2020 were weaker than in 2019.

According to the California Center for Jobs and the Economy (CCJE), cumulative sales of BEVs/PHEVs/FCVs reached 763,873, which is 15.3% of the target, although if we count only the true zero-electric vehicles (no ICE on-board), it's 446,468 or 8.9% of the target.

Of course, we are aware that the cumulative sales and the number of vehicles on the road are two different metrics, but at least we have some glimpses at the progress.

To achieve 1.5 million BEV sales by 2025 and 5 million by 2030, California would have to add respectively, over 1.05 million in 5 years and over 4.55 million in 10 years. That;s excluding the cars totaled or those which leave the state.