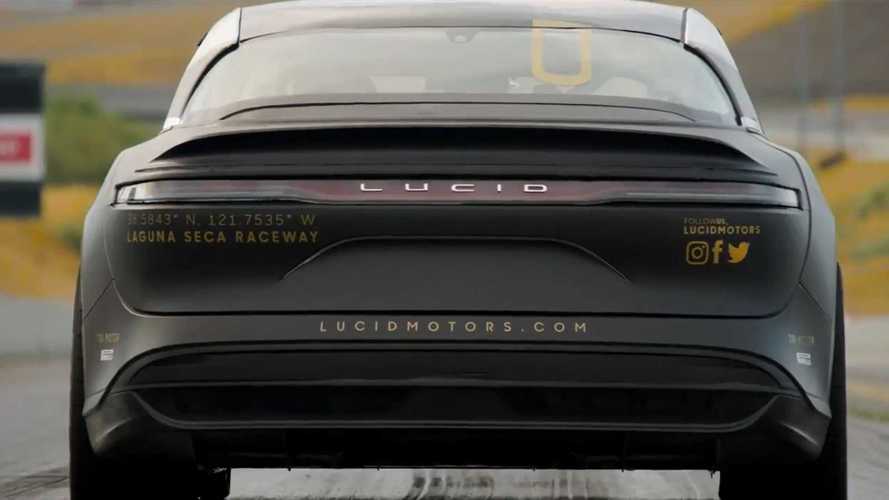 Expect both the Tri Motor and regular Air to get quicker.

The recently revealed Lucid Air is an extremely quick all-electric sedan. It was recently shown doing the quarter-mile in 9.9 seconds. The performance version of this car, with a second motor added to its rear axle, is even quicker.

Lucid just tweeted out a video (below) showing this upgraded tri-motor Air covering 1,320 feet of drag strip in a mere 9.245 seconds at a breathtaking 157.26 miles per hour. That's better than the quickest supercar sold today. Check it out!

If you'll note, the text of the tweet makes it clear this car is still in development. That means it's extremely likely it will be even quicker by the time it makes it to market. And, we have it on good authority that the improvements are likely to affect the abilities of the dual-motor Lucid Air as well.

Of course, the elephant in the room is the Plaid version of the Tesla Model S. If you compare the two, you'll see that the car from Elon Musk is impressively even quicker. Or, at least, Tesla claims it is – we still haven't seen video that confirms this. That is not to say we disbelieve the claim, just that we'd like to see proof of this electric-lightning pudding.

We should also mention that Lucid hasn't really talked about this tri motor version publicly yet. It doesn't yet appear for sale on the company's website. But, we're sure it's a thing because, among other reasons, the vehicle in question has a decal on the fender behind the rear wheels saying just that (see photo above).

If you absolutely have to have the quickest electric car possible, then you may end up choosing between the Model S Plaid or, perhaps, the production version of the Rimac C_Two (which we also only have the manufacturer's word regarding its capabilities). But, if you also want a true luxury experience along with supercar-beating speed, this Lucid Air is well worth further investigation.

More about the Lucid Air