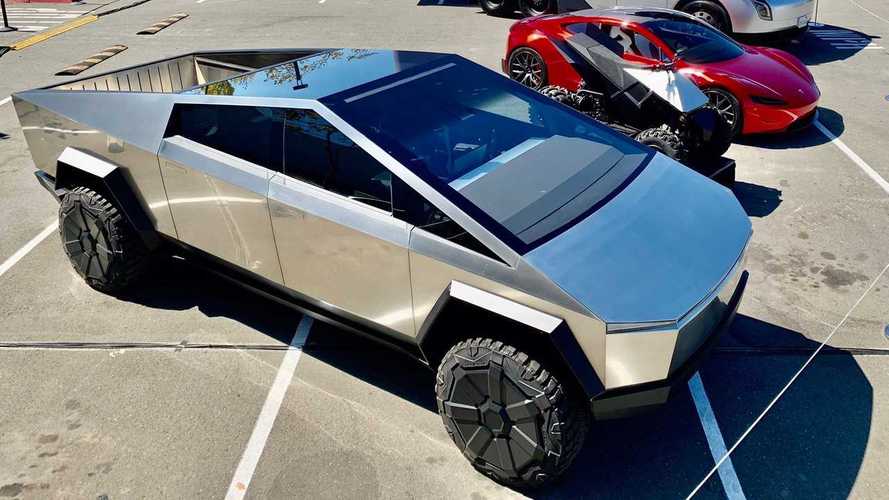 At the Battery Day event, the Cybertruck was displayed together with ATV, Roadster and Semi.

There are well over half a million pre-orders, maybe even 600,000 according to Musk, who did not announce the exact number. He appeared like he would not care that much anymore, and that it's so high that Tesla can "stop counting."

Well, because the required deposit is low ($100) the exact number is probably really not that important,  but more than a half-million is worth probably at least two years of series production.

The Cybertruck was shown at the event, accompanied by the ATV (concept), Roadster (look how tiny it's compared to other EVs) & Semi.

The Tesla Cybertruck is envisioned only for the North American market, as it would not comply with requirements in the other markets simultaneously to become a global product.

There is an idea to offer a smaller version of the Cybertruck for international markets.