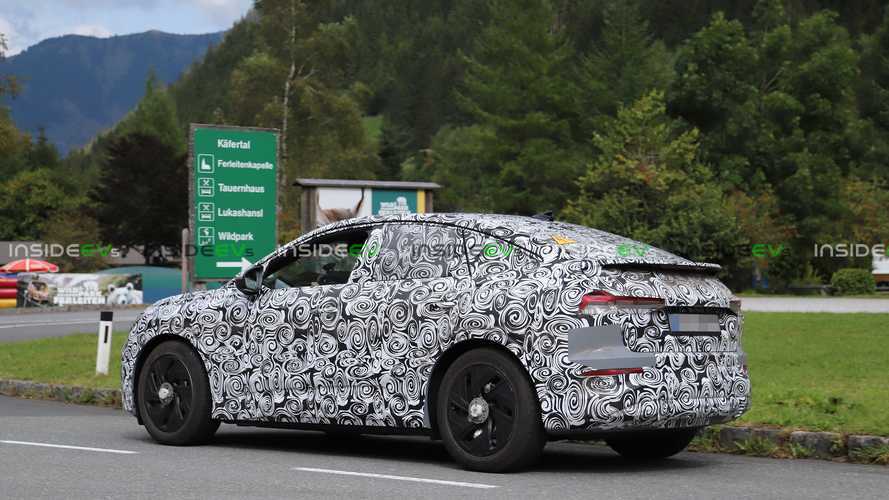 Audi will offer its upcoming all-electric Q4 e-tron as both a conventional looking crossover, as well as a Q4 Sportback e-tron with a much more rakish and coupe-like roofline. Both were recently spotted while undergoing testing by our spies and even though the shape of the greenhouse is the only difference we could spot, it completely transforms the look of the vehicle.

It is also worth noting that Audi had previously refrained from making coupe-like SUVs and crossovers with a fastback-style sloping rear section. However, that changed with the Q3 Sportback and now the Q4 Sportback e-tron is the second such model, one whose look is even closer to that of the BMW X4 and Mercedes-Benz GLC Coupe.

In regards to the tech specs, we don’t have any information, but we can extrapolate based on what Volkswagen has announced for other vehicles built on the same platform. They will probably come with up to three battery pack sizes, as well as five different power outputs, as well as two- and four-wheel drive.

Entry level examples will be rear-wheel drive only, feature a 55 kWh battery pack and have just 146 PS (as will the base VW ID.4 and Skoda Enyaq). As with its MEB-underpinned stablemates, the top of the range Q4 will be available as a 302 horsepower, all-wheel drive model that probably won’t wear an RS badge; it might have an S badge, though.

They will look a lot like the Q4 e-tron concept

Audi is not expected to reveal both body styles at the same time. First will come the standard Q4 e-tron, which could be shown this year, while the Q4 Sportback e-tron is expected to be revealed sometime in 2021; both models will most likely go on sale in 2021.