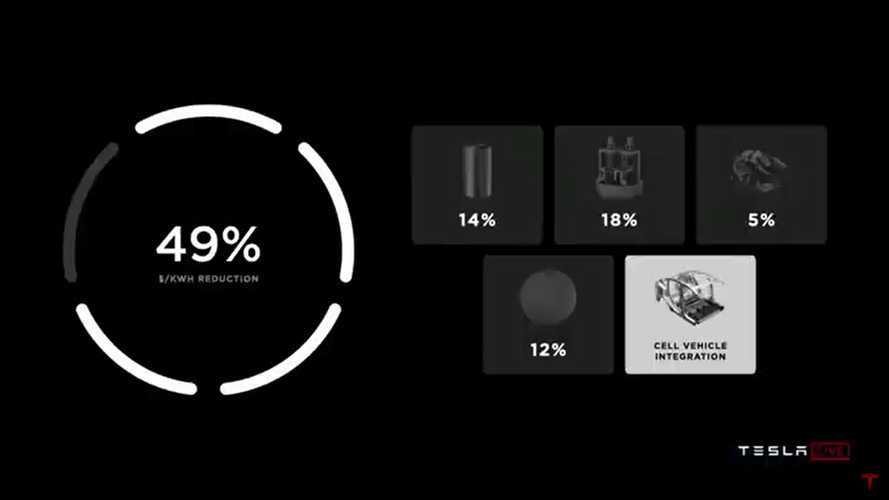 Apparently, the stock market was not satisfied with the promises made at the event.

Tesla Battery Day began with a recap of all the company’s achievements and ended with bold promises: reducing the battery pack price in 56 percent, make the battery pack a structural component of the body, increase production to 3 TWh/year by 2030, and so forth. Reuters reports that none of that convinced the stock market: Tesla lost $50 billion of its market cap a few hours after the event ended.

The numbers were based on post-market numbers, prior to the Tesla Battery Day, and pre-market numbers right after it happened, but they may be premature to foresee any lasting impact of what was revealed at the event.

According to one of the analysts Reuters interviewed, the manufacturer offered “nothing tangible” at the Tesla Battery Day. Craig Irwin – from Roth Capital Partners – also said that “nothing Musk discussed about batteries is a done deal.”

The main problem with Tesla Battery Day would be about expectations, according to Reuters. Investors were waiting for the “million-mile” battery and for a “specific cost reduction target” that would make electric cars competitive with combustion-engined vehicles, and they got none of that in the event.

The 56 percent price reduction is not obtained solely with the new 4680 cells. They provide a 14 percent reduction in current prices, which would be $156/kWh in 2019 if the electric vehicle consulting firm Cairn Energy Research Advisors’ calculations are right.

That would bring it to around $134/kWh, still above the $100/kWh magic number that would make EVs competitive with ICE cars. Oliver Wyman already demonstrated that cutting the battery costs alone will not be enough, even when it falls below $85/kWh, which is not the case with the 4680 batteries.

The million-mile cells are now more than a plus: they are vital for Tesla’s future cars. As we mentioned in a previous article, making them part of the car structure will imply that any issue with the batteries will demand the entire car to go to the junkyard. Replacing battery packs will be impossible, so they have to work well for the whole lifespan of the vehicle.

We have no idea if investors have considered this aspect of the plans. The fact is that they probably want to see a vehicle that showcases all the improvements in cost, range, and mass reduction Musk promised at the Tesla Battery Day, and that vehicle is yet to appear. Optimists will see that as an opportunity to buy more Tesla stock. Conservative investors may need something more “tangible” to keep the company’s share prices going up.