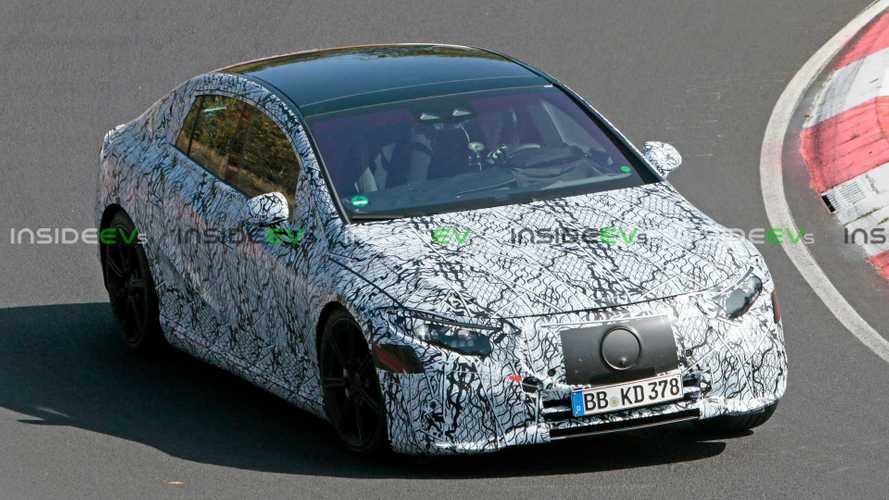 This time we get to see its production spec front and rear light clusters and a little less camo.

After we got a chance to experience the Mercedes-Benz EQC electric SUV, which is built o the same platform as the GLC, we can’t wait to try out the Three Pointed Star’s models created from the ground up as EVs. The pinnacle of its EQ range will be the EQS sedan, the electric equivalent of its traditional flagship sedan, the S-Class.

In other words, it’s going to be roomier inside than an S-Class with the same wheelbase, while at the same time its interior should look more striking and futuristic than the conventional sedan’s. It should also be pretty fast too, especially the rumored AMG version which could be what our spies caught in this most recent batch of photos we received.

This doesn’t necessarily look like the AMG model, but it could still be that model, just not wearing the more aggressive production body kit yet. What we can also see in the photos, aside from the telltale signs that it was being driven quickly, is that it has all-wheel steering, which we presume will be standard on higher spec models.

With this latest sighting, we also get to see what look like the production spec front and rear light clusters, as well as somewhat less body camouflage. It looks like the rear clusters will be connected by a full light bar, while the front won’t.