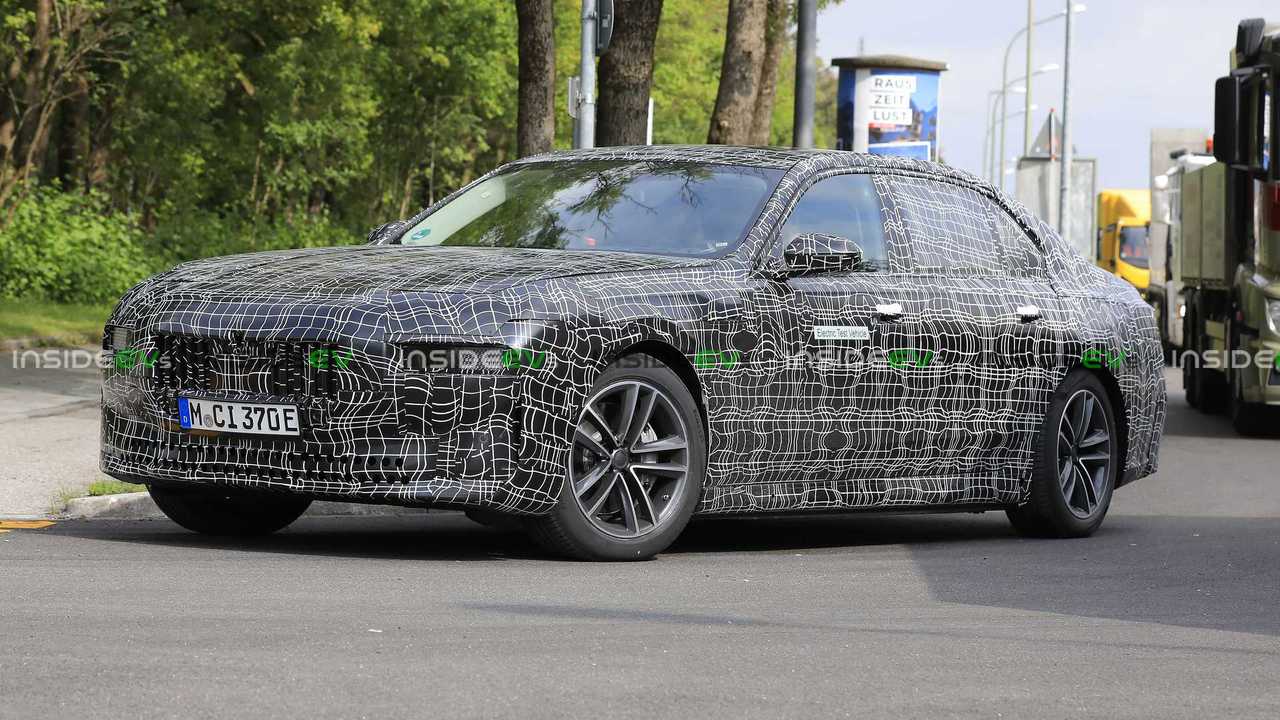 There is a strong chance this model will be called the i7, but this has not been confirmed yet.

The launch of the fully-electric BMW i7 is still around two years away and it will coincide with the launch of the regular 7 Series. BMW definitely has put itself in an advantageous position in launching an all-new flagship sedans after the new S-Class (and the EQS), because it’s going to have time to study the Mercedes-Benz offerings and adapt its own in order to be competitive.

And just like the S-Class, we expect the 7 Series (and the i7) to be heavily focused on providing the very latest technology. This will mainly concern self driving tech, but also comfort features such as more advanced (and more responsive) gesture control.

Regarding the look of the i7, there’s nothing to write home about when it comes to its side profile - it looks like any typical big sedan. However, the front fascia might be radically different to that of the current 7 Series (and other BMWs). We don’t know if it’s the camouflage being used, but the car doesn’t appear to have conventional headlights.

In fact, the camouflaged prototype recently spotted by our spies looks a lot like the old 1990s 8 Series coupe. In other words, it looks like a car with pop-up headlights, but since we know that isn’t the case, we’ll have to wait for the car to drop more of its camouflage and reveal its face.

Moving to the rear, it looks a bit sleeker and more tapered than the current model. It appears as if the rear light clusters extend further outward than the deck lid and they blend into the pronounced haunches. This means it could look a bit like the current 5 Series from the rear, although we expect the light clusters themselves to be slimmer and more modern looking.

We still don’t know how much range the i7 will have - rumors indicate it could be around the 400 miles (644 km) mark on the WLTP test cycle. When it comes to its power output, we don’t have any information yet, but since its rival, the Mercedes-Benz EQS will have an AMG version with over 600 horsepower, BMW will surely try to match or surpass it in the i7’s most potent version.