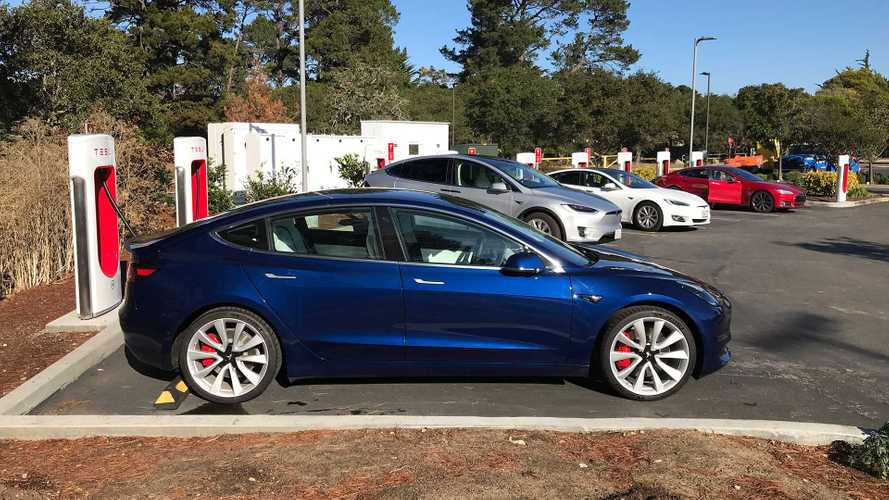 There was a time when a new, large Supercharger station was big news for Tesla, but now it's just quietly expanding.

When properly expanding an electric car charging network, is it more important to upgrade the numbers of stations or the number of stalls at each station? Depending on where you live, you probably have a different answer to this question. Both are important for obvious reasons, as is upgrading the charging stations to provide juice more quickly.

Fortunately, Tesla seems to have it figured out. In areas where there aren't enough Superchargers, expansion is critical. However, in areas like California, it's not as much a matter of having limited stations. Instead, stations may be packed since there are so many Tesla owners and there aren't enough stalls. Tesla is addressing both issues. Its latest project, which has been kept quiet until now, is a 56-stall Supercharger station already under construction in Firebaugh, California.

Tesla's Kettleman City Supercharger is its flagship station, at least on our shores. It was supposed to pave the way for what upcoming Supercharger stations will look like, with its 40 stalls and lounge areas. Outside the U.S., there are also some massive stations in places like Norway and China. Currently, the world's largest Supercharger station is located in Shanghai and has 50 stalls.

As reported by Teslarati, Tesla fan @bryanMackSC stumbled across the upcoming station under construction in Firebaugh.

It's was not yet listed on Supercharger tracking websites, so it must be a relatively new project. Another Tesla fan who tracks Superchargers, @MontrealTesla, did some homework and verified details about the project.

According to filings, it will have 56 stalls and include a new restaurant and convenience store. Perhaps Musk is using this location as a trial run for his 1950's-style diner? There's no way to know for sure, but it could be the reason the company has kept things quiet. The only other missing detail is whether the station will feature the new V3 Supercharger technology.