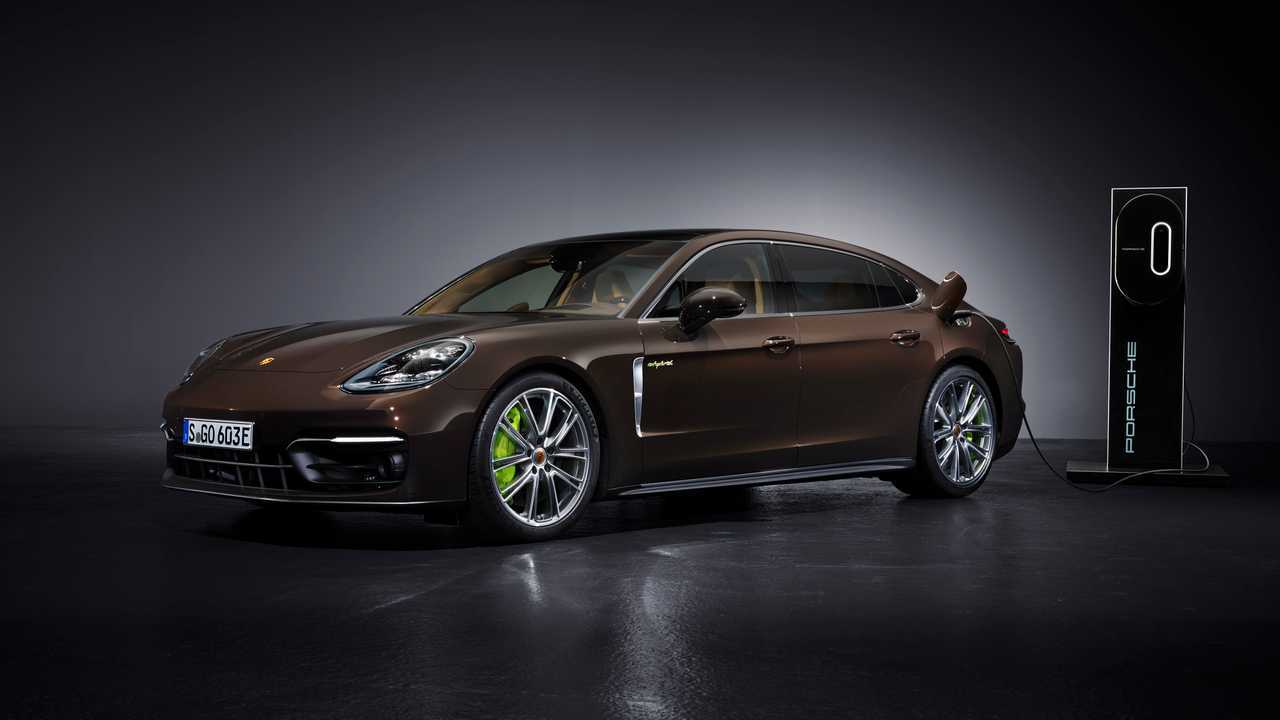 It’s powered by a twin-turbo 2.9-liter V6, hits sixty in 3.5 seconds making it as fast as the outgoing Panamera Turbo.

Porsche has revealed a refreshed version of its second generation Panamera which comes with subtle styling changes, a new top of the range Turbo S model and a new 4S E-Hybrid PHEV. The latter is a new model in the Panamera lineup and it is meant to replace the 550 horsepower Panamera Turbo which will no longer be available.

Power for the 4S E-Hybrid comes from a 2.9-liter V6 engine with twin-turbos, aided by an electric motor that makes 552 horsepower and 750 Nm; it sprints from nought to sixty in 3.5 seconds and tops out at 300 km/h (186 mph). With this kind of power figure, it is actually quicker than the former Turbo model and with a larger battery pack than before, it also provides more pure-electric range than previous Panamera PHEVs.

Porsche says it’s increased the size of the battery from 14.1 kWh to 17.9 kWh (27 percent increase) and it also fiddled with the drive modes to help the car be even more efficient than before. Claimed all-electric range, according to the WLTP cycle, goes up to 54 km (34 miles); it has yet to be rated by the EPA.

The Turbo S E-Hybrid used to be the quickest Panamera