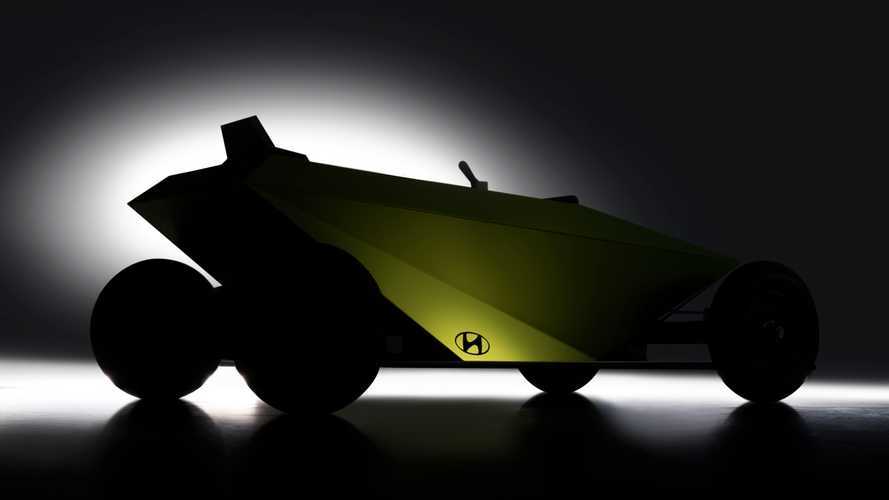 It’s so green, it doesn’t even have its own on-board power source, relies on gravity for motion.

What’s even greener than a car powered by an electric motor? A vehicle powered by no motor at all. Yes, it’s a soapbox car, popular in Northern European countries, as well as North America. Hyundai is teasing a soapbox car which was penned at the Hyundai Design Center Europe and it will soon be available for order.

In case you’re not familiar with the concept of a soapbox car, it’s essentially an engineless, motorless wheeled vehicle that you essentially roll down the road in. It relies solely on gravity to keep itself going, so it doesn’t have any source of external power.

We’re not sure why Hyundai is going to the trouble of creating such a vehicle, but we checked the calendar and it’s not April Fools time; the Korean automaker put out a press release announcing the imminent availability of

Regarding its look, well, the automaker says it looks like a wedge with design elements borrowed from the sharp 45 concept car. Hyundai didn’t say when it plans to reveal this soapbox ride or what its plans are for it exactly.