Volkswagen boasted that a series-produced Volkswagen ID.3 1ST Pro Performance, in the hands of “hypermiler” Felix Egolf, has set its first range record of 531 km (330 miles) on a single charge.

That's quite an achievement, considering that the 58 kWh (net) battery version is rated at 420 km (261 miles) WLTP.

Felix Egolf was able to drive 131 km (81 miles) or 26% more than WLTP, on the journey from the Zwickau factory to Schaffhausen (Switzerland), on public roads - 56% of the record journey on country roads and 44% on highways.

The trip took about 9 hours, while the average speed was 56 km/h (35 mph). That's a rather calm pace to be honest, especially if almost half was on the highway, but physics don't lie - higher average speed would kill the range.

"Apart from the technology,the race to break records depends above all on an economical driving style. Felix Egolf constantly lifted off the accelerator and let the ID.3 coast. On the highway sections of the journey, he sometimes used the slipstream of trucks travelling in front of him. The weight, on the other hand, was not ideal: The additional weight of the cameraman plus technical equipment took the total payload to around 250 kilos. In addition, auxiliary consumers such as navigation, daytime running lights, radio and ventilation were either temporarily or permanently in operation." 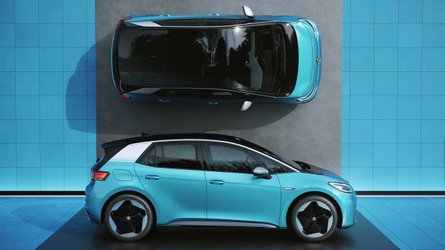 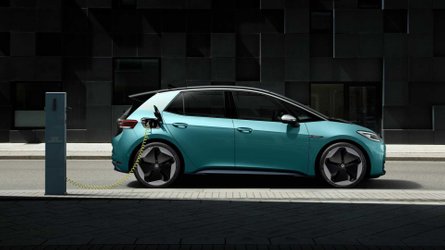 Obviously, it will be difficult to repeat such range with day-to-day trips (even the WLTP result is not the easiest to achieve, but quite frankly easier than NEDC).

Anyway, in just a matter of weeks, in September, Volkswagen should start volume deliveries of the ID.3 and soon after that, we expect a tsunami of reviews with range tests as well.

86 Photos
By: Mark Kane
++
Got a tip for us? Email: tips@insideevs.com