Watch The NIO ES6 EV SUV Being Assembled In China

The ES6 is one of China’s most highly anticipated electric vehicles, and this is how they build it.

The NIO ES6 is currently only available in China, but based on many drivers’ experiences behind the wheel of one, it would probably be quite popular in Europe or the U.S. too, as a rival for the Jaguar i-Pace or Audi e-Tron. It is a five-seater with a claimed range of up to 510 km, a well designed, upmarket interior and several advanced tech features such as active air suspension.

It’s built at the main JAC-NIO production facility in Hefei, China, and if you’ve ever wondered how it all comes together, you need wonder no more because the manufacturer released this video. It details most of the assembly process, from pressing the individual body panels to putting the finishing touches on fully assembled vehicles.

The NIO ES8 can have its battery swapped in 3 minutes 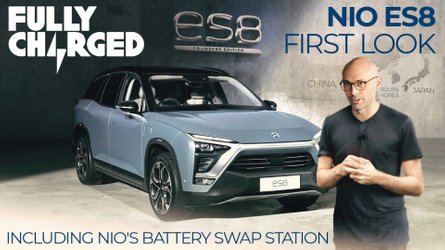 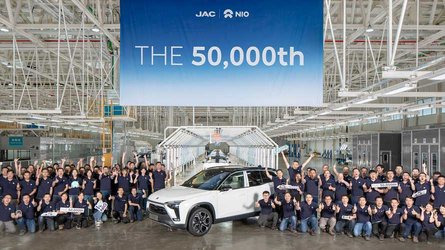 The same factory is also the place where the larger ES8 and coupe-like EC6 are also built, although the video is concentrated on the ES6. Speaking of the video, one bad mark on NIO’s side is the fact that it was only uploaded in 480p quality, so it looks like a video from 2008 when YouTube was just gaining popularity, and not the kind of crisp, sharp production that we’re used to nowadays.

If you find the NIO story (and its products) interesting, then you may want to sit through this lengthy stream that the manufacturer just published on its YouTube channel. It goes into a lot of detail regarding how the company is innovating and in what particular fields, and you also get to hear its CEO talk about and explain its philosophy.