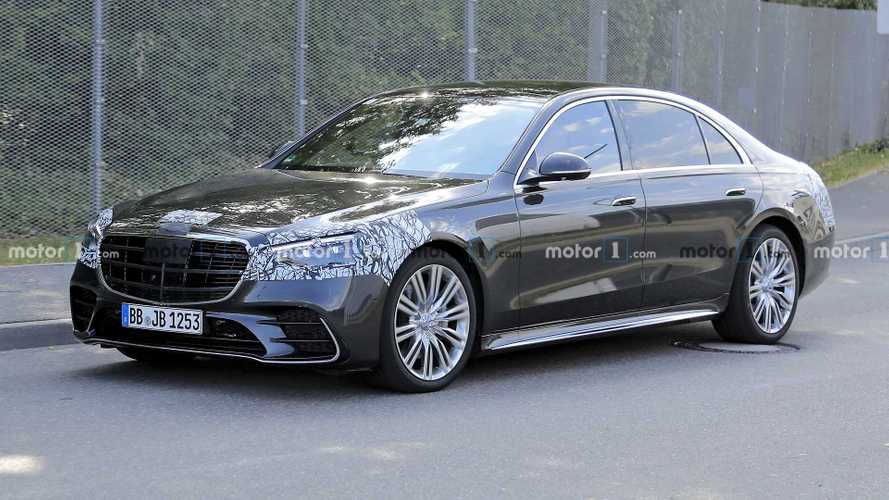 It will retain a twin-turbo V8 as the main power source, but it will apparently only be available as a PHEV.

Mercedes-Benz will be fully revealing its all-new S-Class, the W223, in less than two weeks and it looks like the manufacturer has a surprise in store for the hot AMG S63 variant. According to MB Passion Blog, the next S63 will only be available as a plug-in hybrid and with way more power than the current model.

Mercedes-Benz EQC: Everything You Need To Know

It will reportedly retain the twin-turbo V8 found under the hood of the S63 that’s on sale now, with 603 horsepower, but it will boost its output to over 800 horsepower with the aid of an electric motor. The V8 is also rated at 900 Nm (663 pound-feet) on its own, without electric boost, so with the added electric shove and the aid of standard all-wheel drive, it should sprint to sixty in under 3 seconds (possibly closer to 2.5 seconds).

The same powertrain will likely be shared with the upcoming Mercedes-AMG GT73 which will also be a ridiculously quick PHEV. However, the S-Class may end up being a bit heavier overall, so the AMG GT may have a slight edge on performance.

Regarding its battery capacity and range, we don’t really know what to expect. It is believed it could come with a 20 kWh battery pack, but other than that, no other information is provided in the source report.