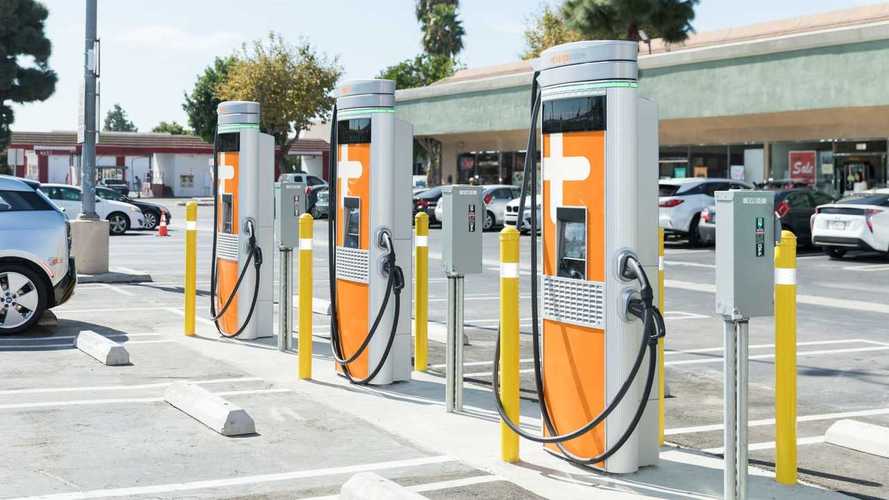 Commercial and fleet businesses are the new area of expansion.

ChargePoint announced that it has closed $127 million in incremental equity financing, which brings the total funding to $660 million.

The latest cash injection will be used to accelerate the expansion of ChargePoint’s global commercial and fleet businesses in North America and Europe, in particular. The company attached an image of charging points for electric trucks:

After more than a decade in EV charging (since 2007), ChargePoint has delivered about 770 GWh of electricity, through more than 80 million charging sessions! The average usage over the years is still below 10 kWh per session, but it increases and might be way higher in the case of DC fast chargers.

According to the company, such an amount of electricity should be enough to offset 2.3 billion miles of driving.

GM Teams With EVgo To Add Over 2,700 Fast-Charge Stations To Network

Currently, its public charging network consists of some 14,700 charging points (most of them are not owned by ChargePoint), including close to 2,450 DC fast chargers. Roaming agreements in North America and Europe adds an additional close to 138,000 charging points.

The mid-term goal for ChargePoint was 2.5 million charging points in the network by 2025.