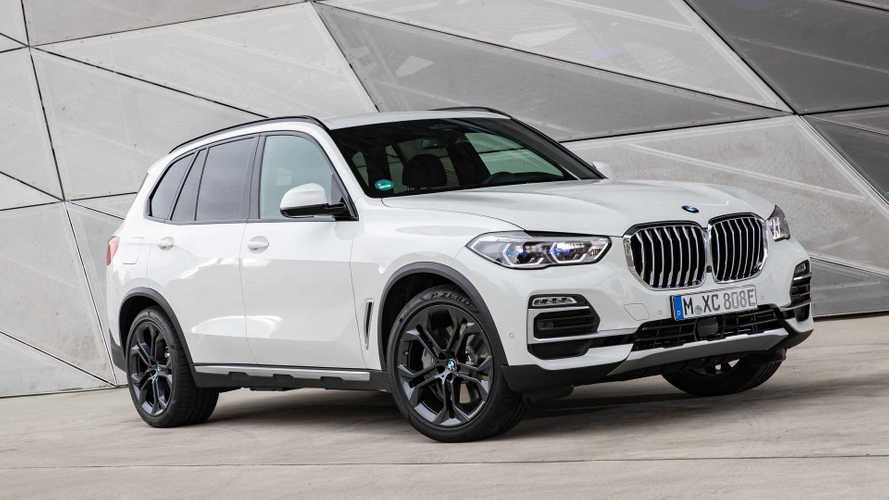 BMW Group keeps a relatively strong position in global plug-in market ahead of the new wave of all-electric models.

The plug-in car registration data (BEV/PHEV) for the first half of 2020 comes from IHS Markit and concerns only passenger cars.

During the period,the position of BMW in Germany has lowered in terms of market share to 11% (from 12% in the first five months), behind Volkswagen (16%) and now on par with Audi (11%). Mercedes-Benz is slightly behind with 10%. The four top brands are at 48% total. 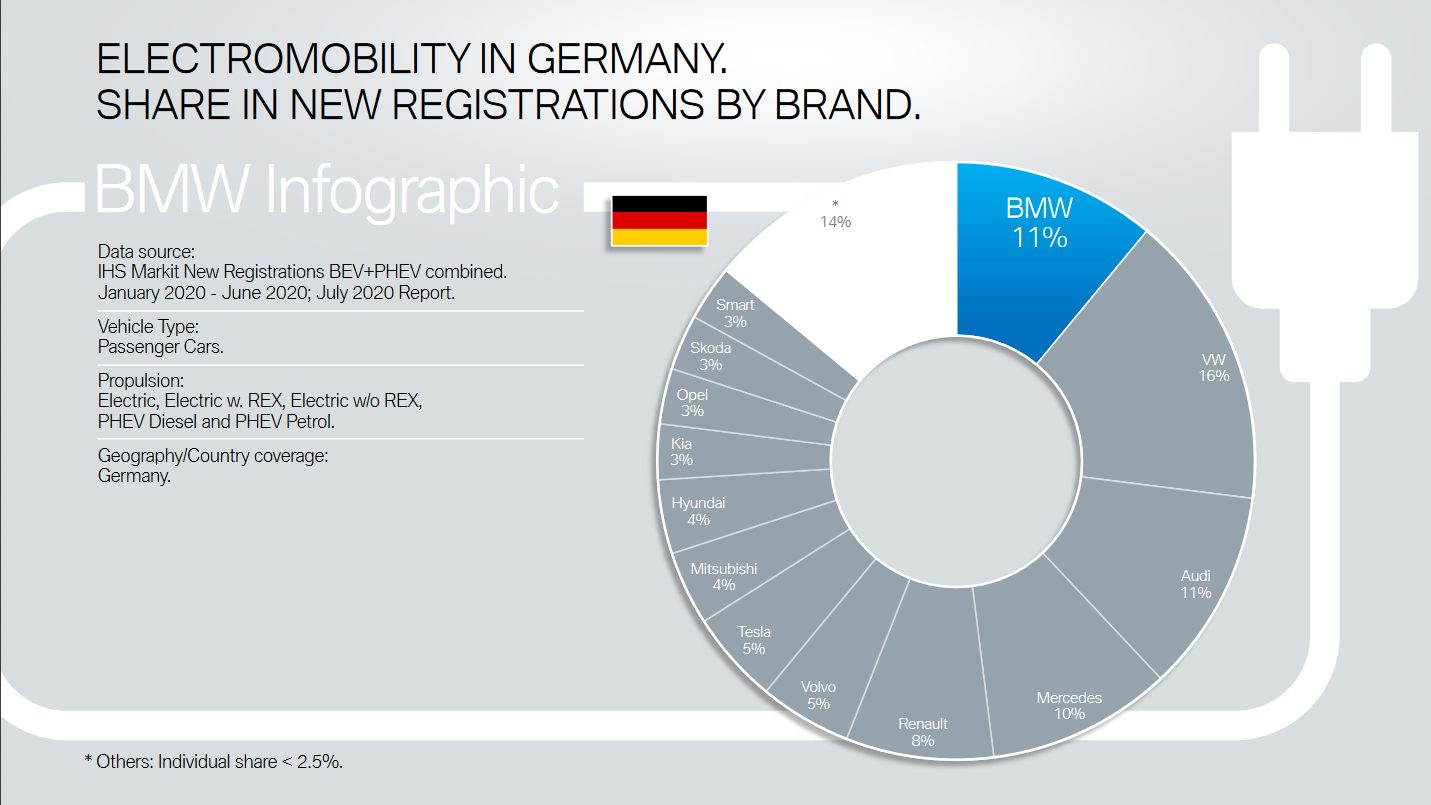 In Europe (most of Europe, to be precise), BMW is on par with Volkswagen and Tesla - all three had 10% share. In the fourth, is Renault with 8%, followed by a relatively strong Volvo (8%). 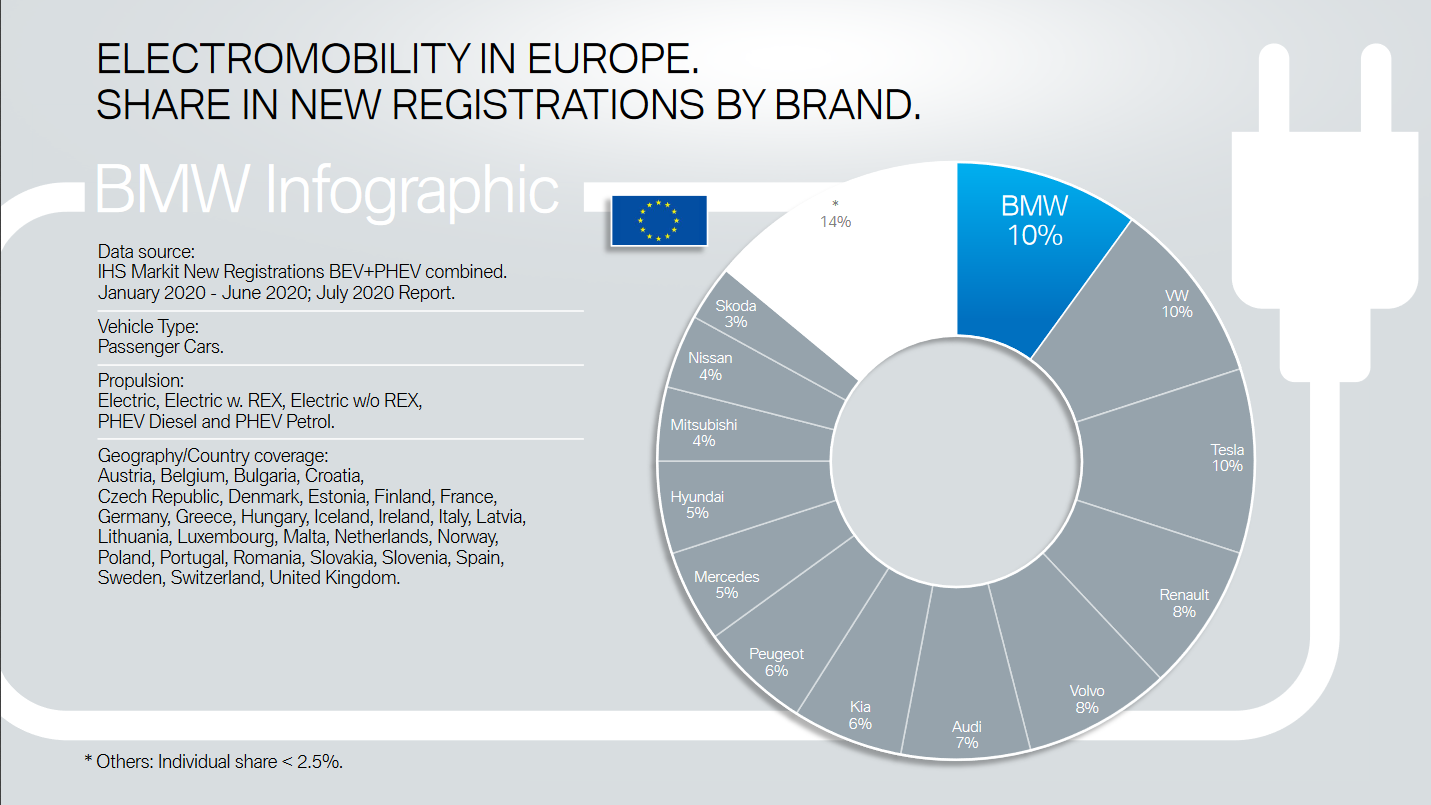 Globally, BMW's share remains at 7%. Similar to Volkswagen, both are way behind Tesla - 21% share. All other brands are below 5%. 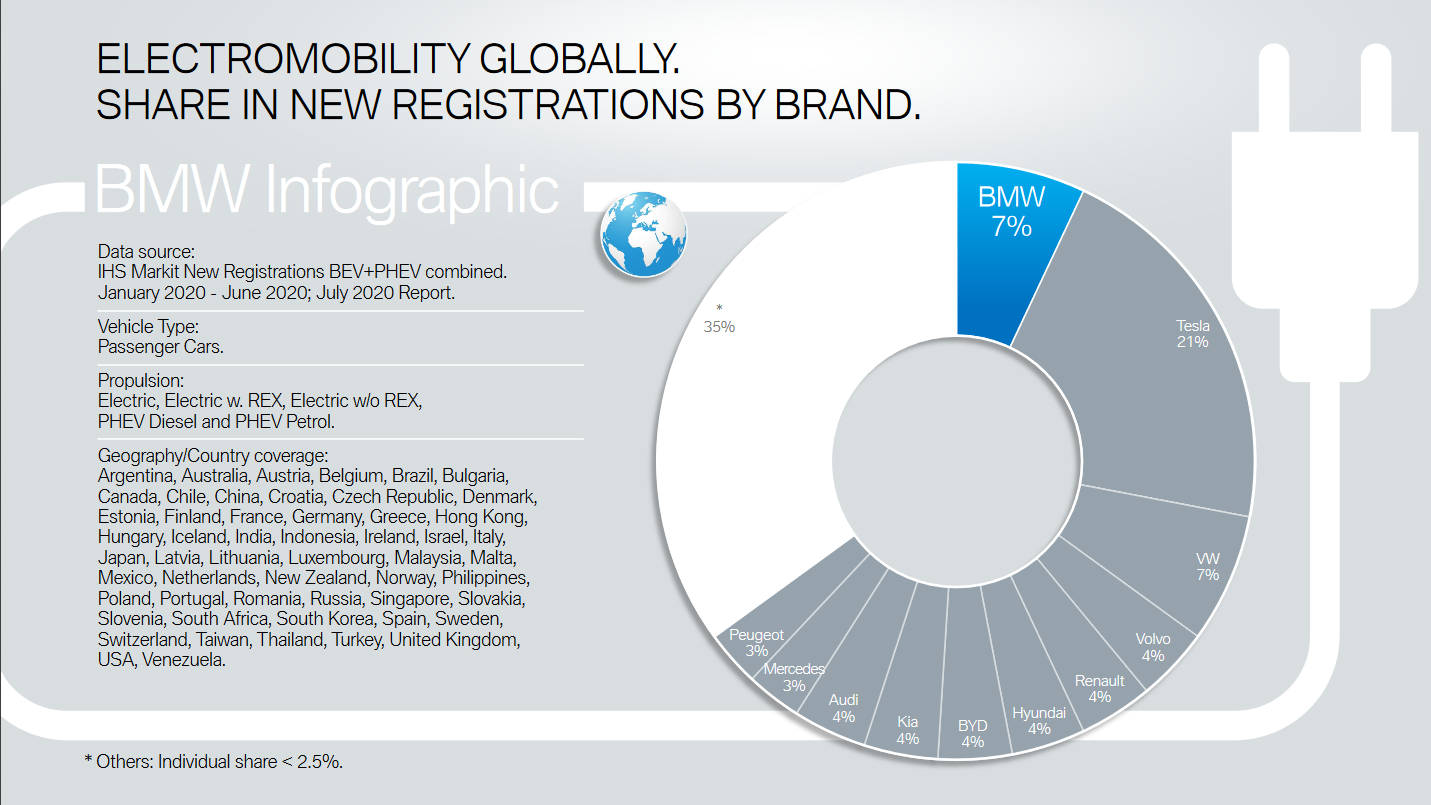 BMW i3's share in the compact BEV segment so far this year is at 8% (it was over two times higher last year). 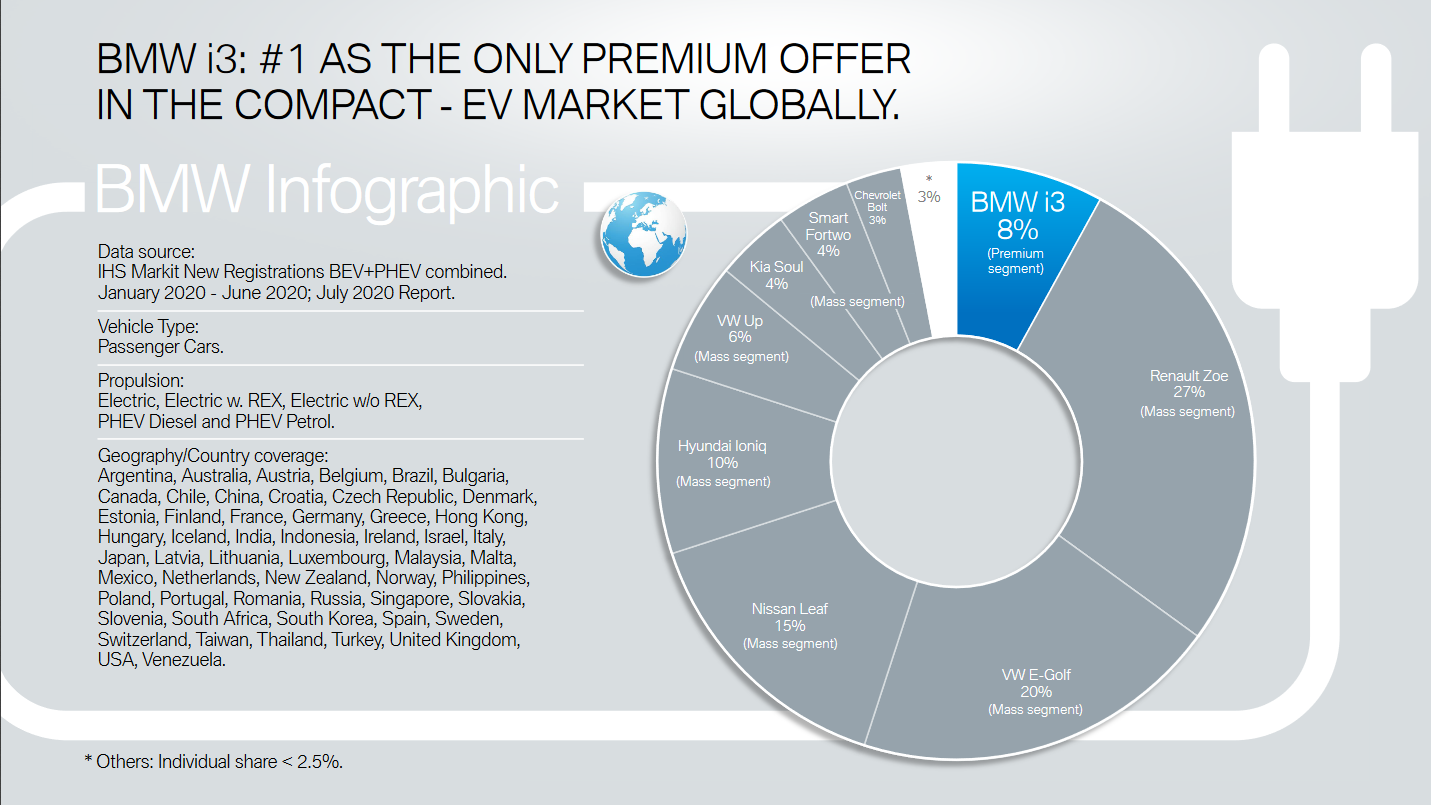 Globally, it's 7.6% for BMW Group, compared to 4.0% industry average. However, in the U.S., so far this year, 3.7% of BMW Group cars were plug-ins, which is noticeably below the market average of 5.0%. This is the only major exception, although it should back to norm with the ramp-up of the new wave of BMW plug-ins. 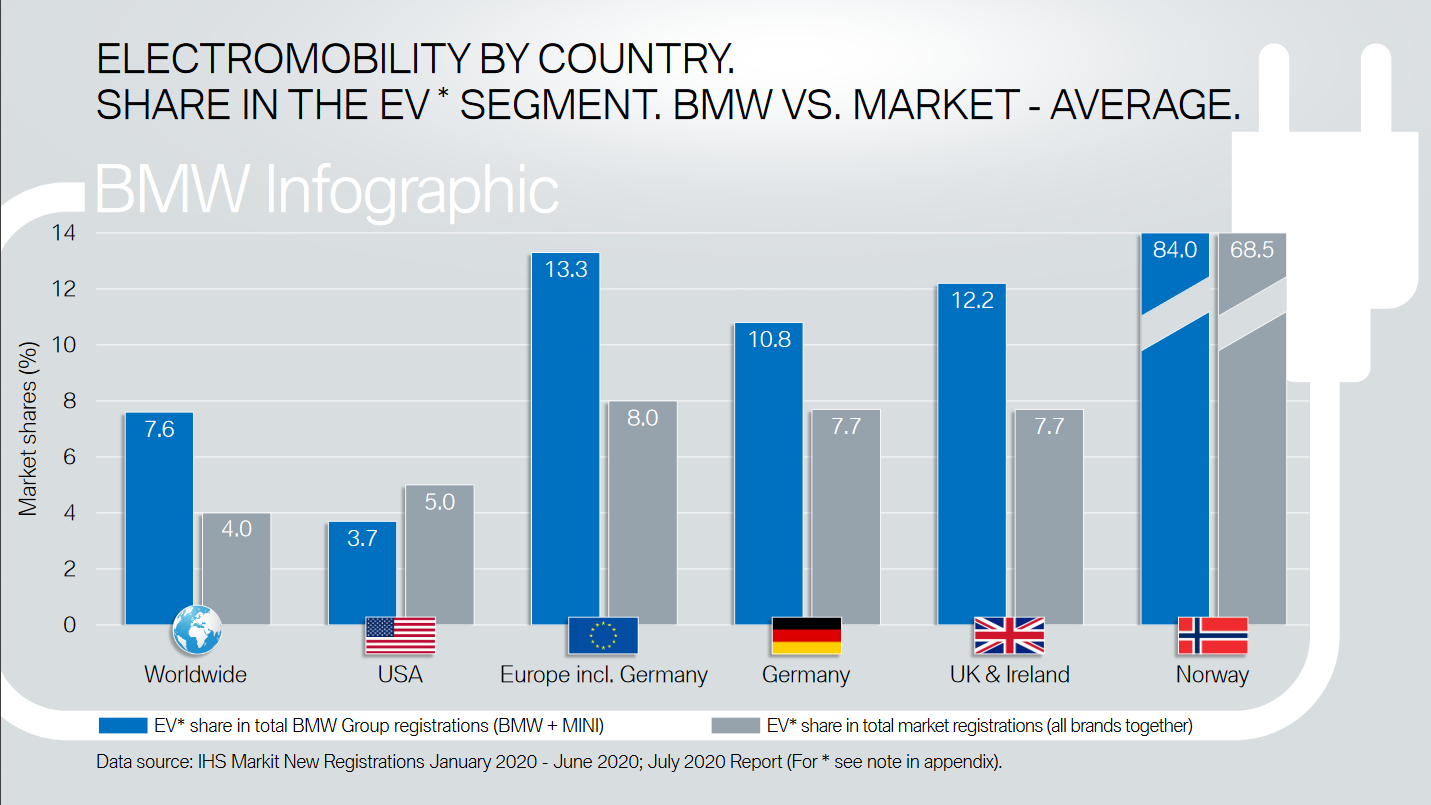 Finally, BMW Group share in the plug-in segment in particular markets is noticeably higher than the company’s share in the ICE segment (globally: 7.9% to 4.0%), which means that the switch to electric brings a general gain of market share for the group (no change here compared to previous months). 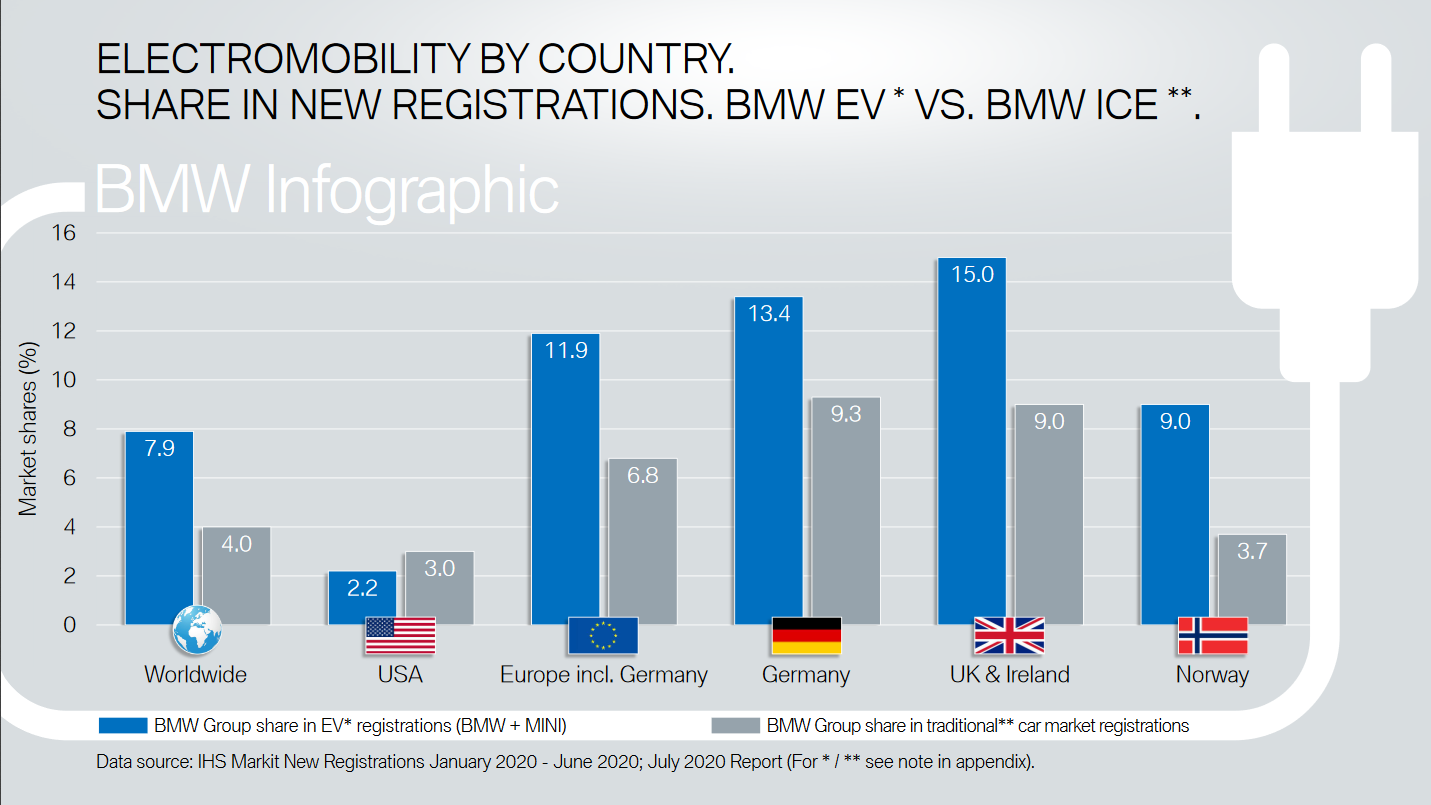