Battery production at the Tesla Gigafactory 3 in Nevada returned to a normal level and profitability after a break.

Panasonic's report for the second quarter of 2020 is pretty weak as most of its business was hit hard by the COVID-19 lockdown.

There are losses for the quarter and the full-year forecast says that net profits will be halved compared to 2019.

Let's take a look at the general results. Panasonic was hit hard by COVID-19 and reports a decline in all metrics: sales, operating profits and net profits. 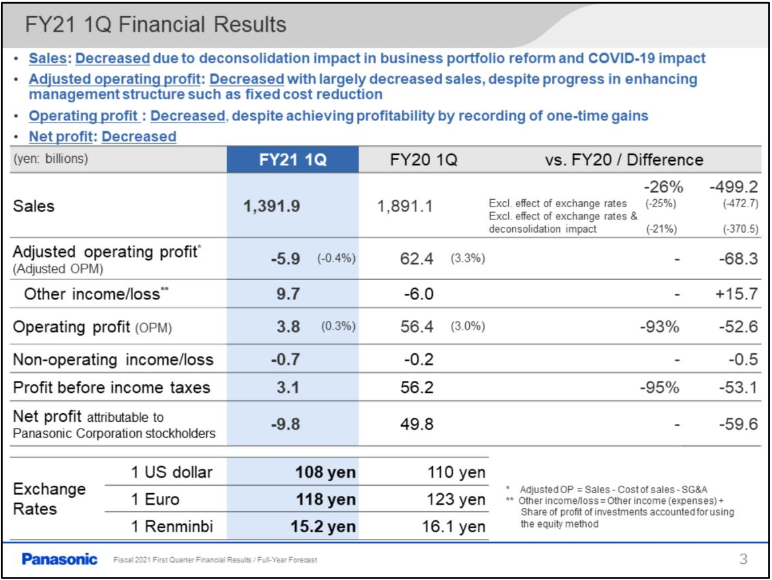 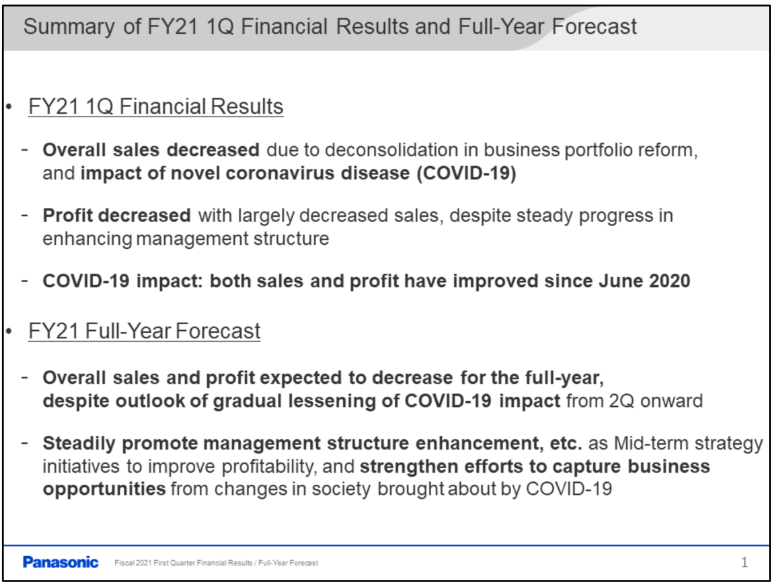 Our focus is on the Automotive category, which includes lithium-ion batteries for xEVs. Unfortunately, it's not profitable. 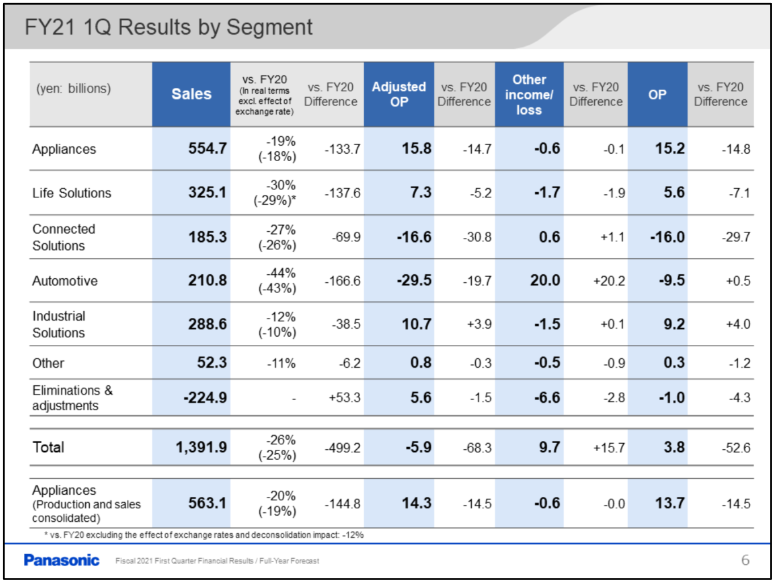 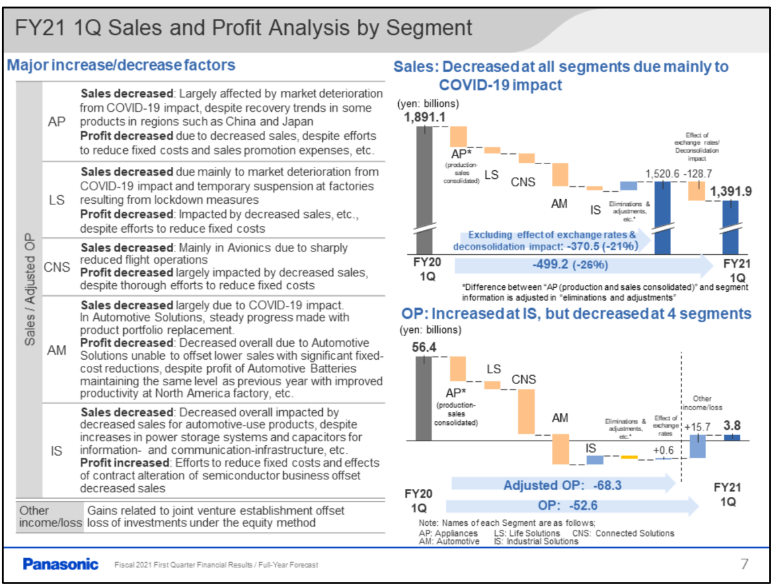 The Automotive Batteries subcategory shows some positive signs with the profitable Tesla Gigafactory in Nevada in June (on a monthly basis). 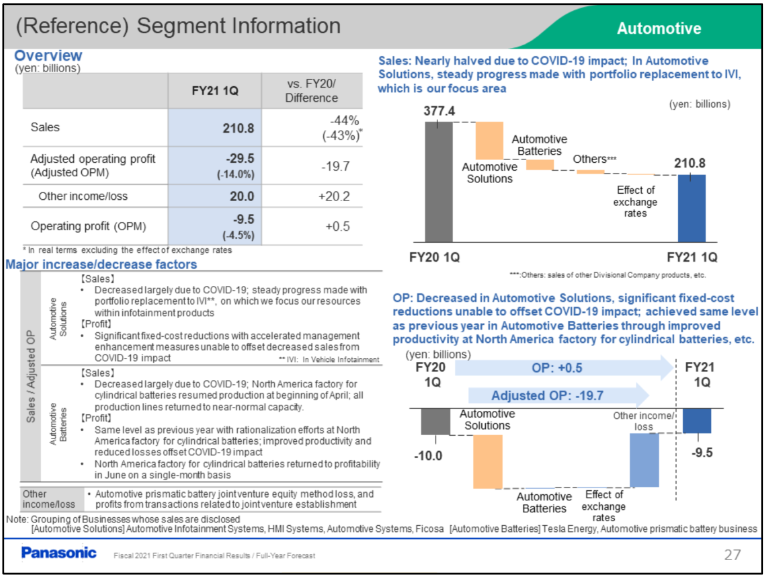 It's great to see that at least the Tesla Gigafactory production is profitable for Panasonic, as it might encourage the Japanese manufacturer to continue investments in the EV battery segment.

We already know that energy density improvements are coming to Gigafactory.

Anyway, the overall forecast for the Panasonic and its Automotive segment in particular is weak. Overall profits to be less than half of what it was, while Automotive will remain unprofitable. 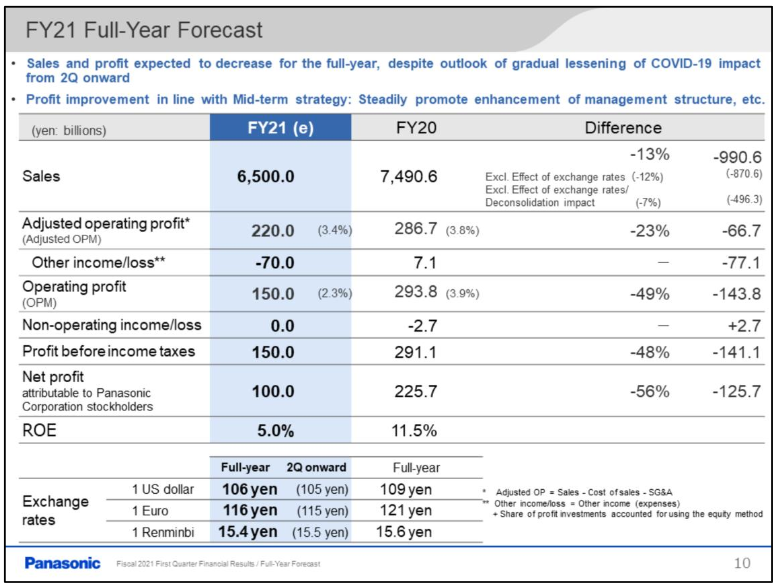 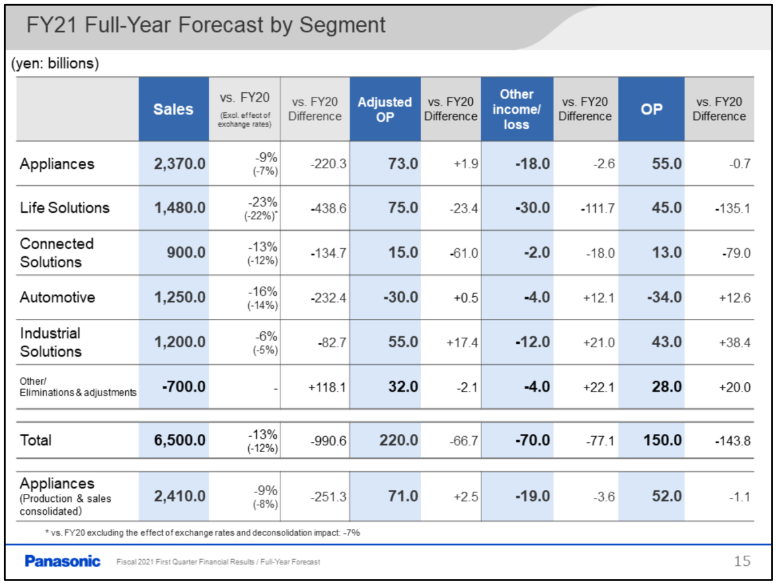