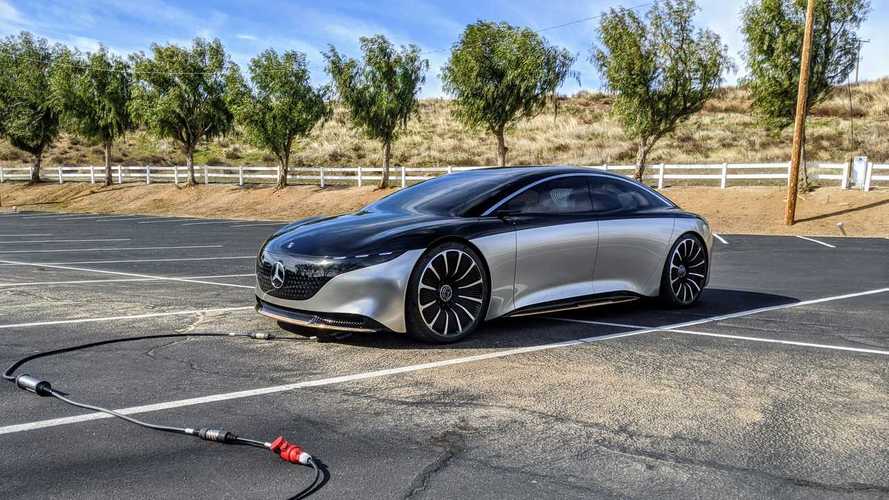 That will make it one of the longest range EVs ever made and it will also be among (if not) the most luxurious.

We recently experienced the Mercedes-Benz EQS, and even though it’s not perfect and can only muster around 186 miles / 300 km real world range, the idea of a batter-powered Mercedes really started to make sense. However, range won’t be an issue with the brand’s future EVs, since it just announced that its EQS flagship electric sedan will go further than 435 miles or 700 km on one charge.

That’s how much Mercedes said the EQS concept was able to muster and we’re impressed and intrigued that the production model matches it. The manufacturer will even build the battery packs itself, at its Stuttgart-Untertürkheim facility.

The EQS will be a thorn in Tesla's side

The information was made public by Daimler boss Ola Källenius at the Daimler Annual Meeting. Regarding the EQS, which is due to be launched next year, he said it will mark

‘ a new era for Mercedes in terms of electrification. The EQS will set standards. More than 700 kilometers of driving range according to WLTP. With the EQS, the way we think about cars is changing. It is the first fully electric luxury sedan from Mercedes-Benz based on an all electric architecture. This opens up entirely new possibilities – from the position of the batteries to the car’s design. ‘

It has to be said that the 435 miles / 700 km claimed range will be a bit lower in the U.S. where cars are tested according to the EPA test cycle, not WLTP. At the same time, Mercedes hasn’t announced the exact number and it will be more than 435 miles / 700 km, so we’ll have to wait and see.

The EQS will be the first non-Tesla EV to challenge (and possibly even surpass) the Model S Long Range Plus whose claimed EPA range is 402 miles / 647 km which has a 100 kWh battery pack.