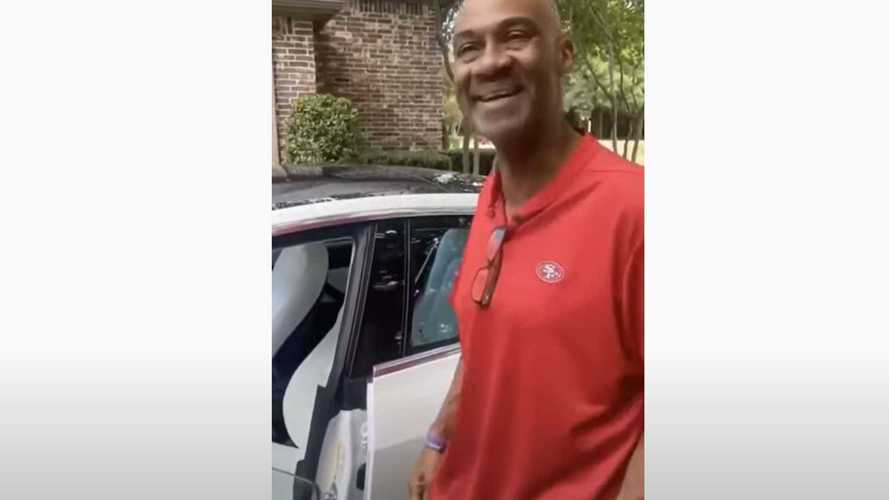 Watch as this football player gifts his dad a Tesla. The man's other car is 15 years old.

The Truth About The Tesla Model 3: Jon Rettinger Lays It All Out There

NFL player Solomon Thomas is defensive tackle for the San Francisco 49ers. Thomas surprised his Dad when he gifted him a brand new Tesla Model 3 — tears of joy broke out when his unsuspecting father found the present parked in the driveway.

Solomon tweeted, "My father is a true role model. You will never meet a man with higher integrity, character, and work ethic. Would work out of state but still never miss my games. An honor to give back to my role model."

Plenty of professional sports stars own a Tesla. Solomon himself owns a Tesla Model S. Now both father and son have become a part of the Tesla family. Check out the emotional video taken the moment it happened...

It took place on Father's Day. But still. Imagine you suddenly get the car of your dreams on a casual Sunday morning. Meanwhile, your old car is 15-year old gasoline-powered one that you're trying to get rid of anyway. Well done son!

Lots of love to all the hardworking fathers out there.