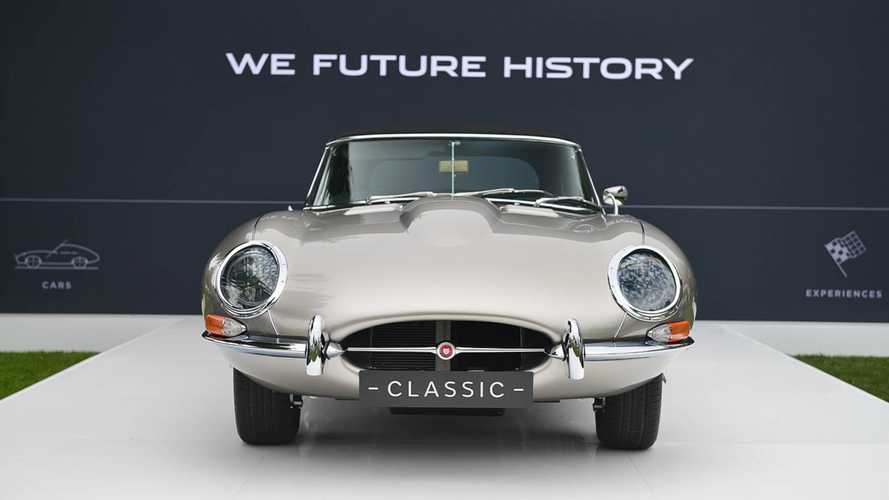 Name also suggests that a more retro-inspired model could take the F-Type’s place once it’s phased out.

Jaguar currently only makes one EV, the i-Pace, which is a ground-up electric crossover that’s great to drive and a bit odd to look at. However, the automaker will be launching an all-new fully-electric XJ (its flagship sedan model) and now it looks like it could also replace the F-Type coupe with an EV too.

According to Autocar, Jaguar has now registered a trademark on the name ‘ EV-Type ‘ and this makes us think of two things. The first is the fact that if Jaguar uses this name for its F-Type replacement, then it means that vehicle will be fully electric.

Jaguar's next EV is a big luxury sedan

The second thing it could suggest is the fact that Jaguar might want a more retro-infused F-Type successor, inspired by the iconic E-Type (which you can also have as an EV now), a car that many think is one of the best looking cars ever designed. So incorporating more of the celebrated classic’s design cues could also be a thing.

According to the source, though, Jaguar has not yet decided where it wants to go with the car that will end up replacing the F-Type. But this trademark filing is clear indication that it is strongly considering to replace it with a full EV.

Right now the trademark is still pending approval and the F-Type was heavily revised in 2019, so Jaguar won’t be replacing it for another few years. Yet the brand is clearly not shying away from replacing core models in its range with EVs, so it wouldn’t be that big a stretch to expect it to start selling a fully electric sports car within the next few years.