Stricter emission requirements in the European Union caused a boom in plug-in hybrids. Mercedes-Benz sells a lot of them now.

We don't know exactly how many plug-ins were sold, but the German manufacturer said that in Europe, specifically, its plug-in hybrid car sales "more than quadrupled." The perspectives for the second half of the year are also strong:

“In Europe, deliveries of our plug-in hybrids have more than quadrupled since the beginning of the year compared with the previous year period. The current number of xEV orders received by Mercedes-Benz Cars is also a positive sign for the second half of the year: in the next six months, we anticipate a significant sales effect from our ongoing electric offensive.”

BMW Group Plug-In Car Sales: Down In Q2, But Up In H1 2020
Demand For The Renault ZOE Is Surging In Europe

The smart brand does not cope well after the switch to all-electric cars, as only 10,101 units were sold (both fortwo and forfour), which is down 83.3% year-over-year.

"With the smart brand, the switch to a purely battery-electric drive had a significant impact on previous year comparison in sales: worldwide, 10,101 two-door and four-door urban microcars were handed over to customers since the beginning of the year (-83.3%)."

“We are continuing to push ahead with the electrification of our products. In the second quarter, the eSprinter and the EQV became available for order and will trigger additional demand.” 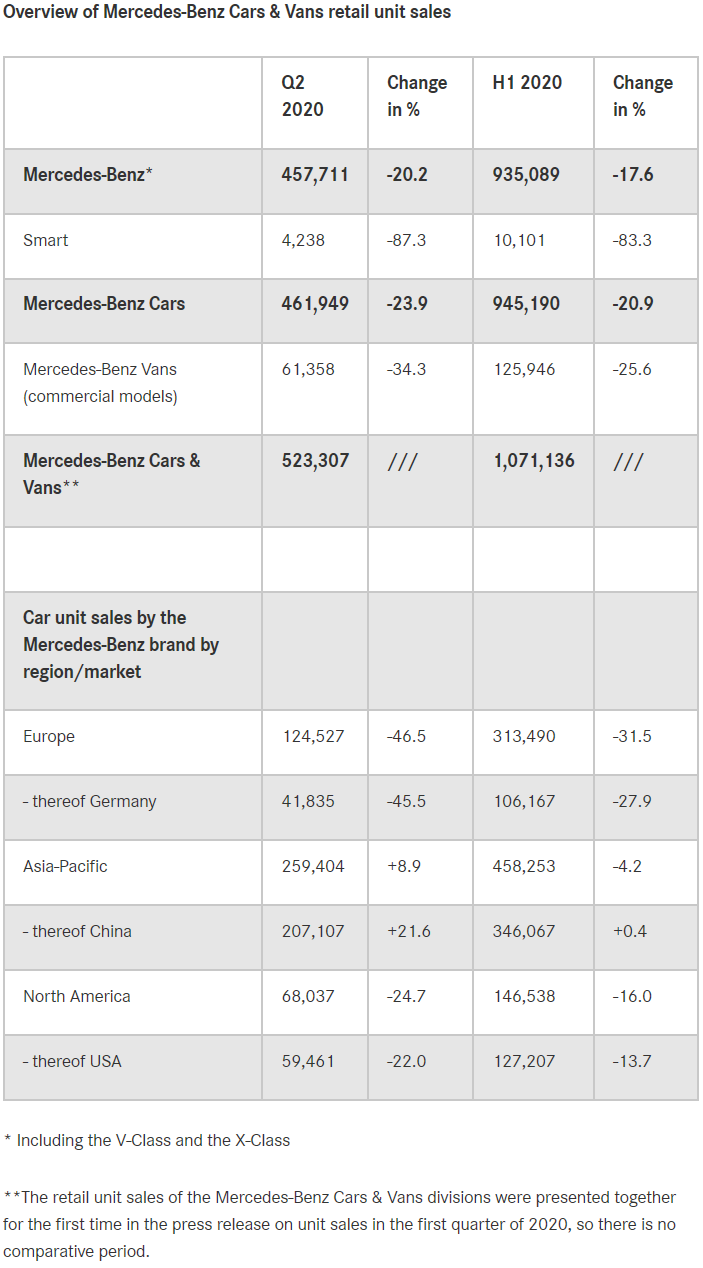