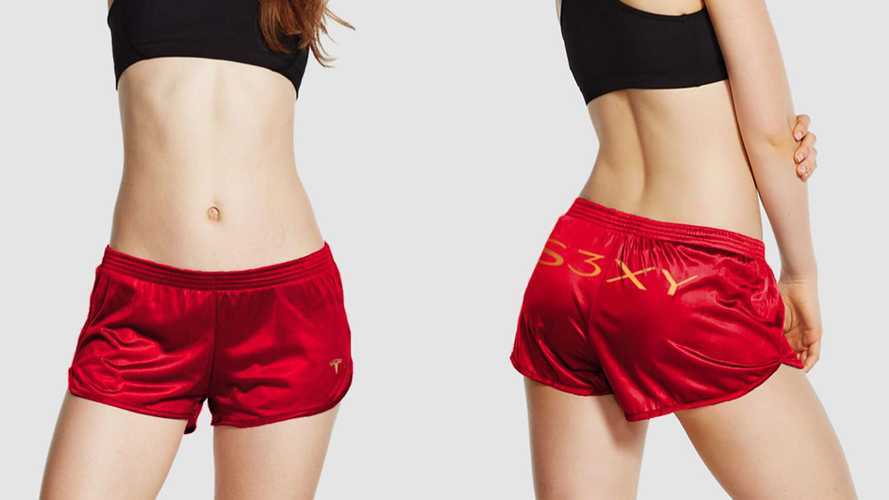 The perfect item of clothing for the S3XY Tesla fan proved really popular.

There is definitely some weirdness associated with the Tesla brand and this is somewhat reflected in the range of branded products that are available. Sure, other automakers sell non-car stuff adorned with their logo, but to our knowledge, no other automaker sells official branded short shorts like the ones Tesla sells.

Or sold, since you can no longer order them because they’re out of stock now. But fret not, because they will be available again in 2 to 4 weeks for the same $69.420 price. In case you were wondering why they cost exactly that amount, it’s because that number combines the well known number 69 with 420, the latter being the international cannabis culture slang for marijuana consumption.

Tesla's S3XY Lineup In Detail: A Complete Comparison Of All Tesla Vehicles

On the official Tesla shop, the manufacturer describes the short shorts as the perfect way to

‘ Celebrate summer with Tesla Short Shorts. Run like the wind or entertain like Liberace with our red satin and gold trim design. Relax poolside or lounge indoors year-round with our limited-edition Tesla Short Shorts, featuring our signature Tesla logo in front with “S3XY” across the back. Enjoy exceptional comfort from the closing bell. ‘

The shorts themselves appear to be made out of some sort of satin material, with a discreet Tesla logo on the front left side, and prominent S3XY lettering on the back. They definitely seem overpriced, but we imagine the people who bought them did so as a joke, not because they actually wanted official Tesla-branded SEXY short shorts to strut around in.