VW Trademarks e-Samba Name In Europe, Could Use It On Production I.D. Buzz. 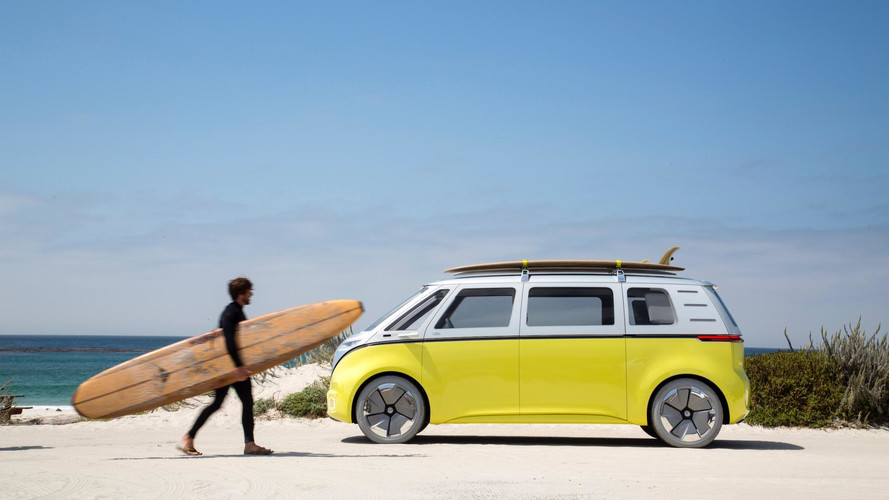 Now one question remains: what does VW intend to do with this name?

Could e-Samba be the name of the production version of the Volkswagen I.D. Buzz Concept? We don’t know yet, but what we do know is that VW has applied for a trademark for that name and there’s a reasonable chance it might be.

Samba is what Volkswagen called the most luxurious version of its T1 Transporter and these vehicles, built in the 1950s and 1960s are highly coveted nowadays. The rarest and most valuable Sambas are the 21- and 23-window models that are so sought after that many people are modifying their 11-window models to look like them.

I.D. Buzz is what Volkswagen called the 2018 concept that aimed to evoke the spirit of the original Samba, but wrapped in a contemporary package. Public reaction to that design study was overwhelmingly positive and the manufacturer is now set to put it into production in 2022.

Get the low-down on the I.D. Buzz

The concept was built on VW’s MEB electric vehicle architecture, it had two electric motors, one for each axle, that produced a combined 369 horsepower and drew from a 111 kWh battery pack. However, while it is believed this high-powered setup will be retained for production, the manufacturer will also offer less potent, rear-wheel drive variants with smaller battery packs too; there could be both passenger and cargo variants, since VW showed off the I.D. Buzz Cargo Concept at the 2018 LA Auto Show.

There is also a strong chance that the production I.D. Buzz won’t be called e-Samba and bear an ID.7 badge instead. The vehicle will definitely be an I.D. series model, so if they did call it e-Samba, it would be the odd one out.

One plausible explanation is that VW is going to have another vehicle built in partnership with eClassics. It’s already revealed the e-Bulli, which is essentially a reengineered and tech-infused version of the T1 that has been converted to run on electricity. However, it costs $115,000 and even though it’s endorsed by VW, it’s not actually built by the manufacturer itself.