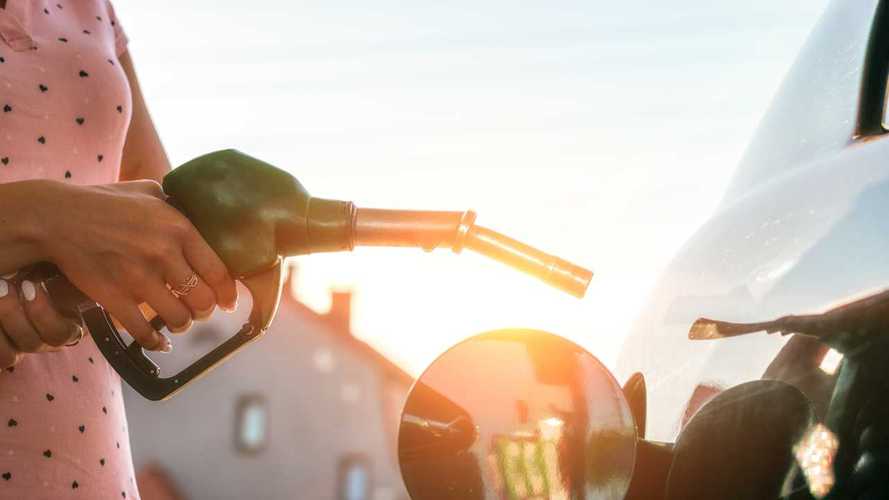 That would be eight years earlier than originally suggested.

A new report has advised the government to bring the ban on sales of new petrol and diesel cars forward to 2032. The ban was originally slated for 2040, before being moved to 2035, but the government’s advisory Committee on Climate Change says the date should move further still.

Back in February, shortly after the 2035 deadline was confirmed, Transport Secretary Grant Shapps said he was considering whether 2032 would be a more suitable date. Now, the Committee on Climate Change says the ban should move forward by three years as part of a range of measures that would keep the UK on track to be carbon-neutral by 2050.

UK Government Plans To Ban Gas And Diesel Cars By 2035

Not only will the ban prevent the sale of conventional petrol- and diesel-powered cars, but it will also rule out the sale of hybrid and plug-in hybrid vehicles, leaving the new car market populated purely by battery-electric and hydrogen fuel cell cars. And this rule won’t just apply to cars; vans and motorbikes would also have to move away from internal combustion.

The report, which was intended to provide a progress update on whether the UK is still on course for carbon-neutrality, said “surface transport” accounted for 24 percent of the UK’s carbon emissions in 2019, compared with 21 percent for industry and 18 percent for buildings. As such, the report recommended that ambitions for the sector should be “delivered and extended”.

Also among its recommendations was a suggestion that the government look into a diesel ban on heavy goods vehicles, with both hydrogen and battery power preferred. And the report recommended that until the ban comes in, manufacturers should be forced to sell a “minimum share” of zero-emission cars, building up to 100 percent in 2032.

The report has had a mixed reception, with some welcoming the news while others remain sceptical. Alfonso Martinez, managing director of leasing firm LeasePlan UK, said he supported the 2032 ban because the deadline should be “entirely achievable”.

“We support the call for a more ambitious approach from the UK Government to the EV (electric vehicle) transition,” he said. “The industry has made terrific progress over the past three to four years, not just in the range of models but in the improvement of technology and decrease in price. Therefore, a 2032 deadline should be entirely achievable target if we continue to progress with urgency and an emboldened attitude.

“That said, there are still a number of challenges the government needs to address to support the widespread adoption of EVs in a fair and sustainable way. Firstly, we need to ensure that the UK is at the forefront of manufacturers’ thinking when it comes to supply… and there must be an infrastructure upgrade.

We need to see a targeted installation of charging points in locations where they are needed the most, not just along the busiest motorways. Ideally, all new-build homes should be constructed with charge points and solar panels as standard. This would help to meet the demand that will undoubtedly arise when the sale of petrol, diesel and hybrid vehicles becomes unlawful.”

However, the British Vehicle Rental and Leasing Association (BVRLA) said it was not yet certain the 2032 target could be achieved, and it would not support a “zero-emission vehicle mandate because the market is “just not ready”.

“It is too early to say whether 2032 is a realistic target date for the entire new car and van market to go zero-emission,” said Toby Poston, the BVRLA’s director of corporate affairs. “In the fleet sector, the zero-emission vehicle outlook varies considerably depending on what type of vehicle you are using and what your operating model is. There needs to be a more segmented approach that considers what is realistic for all vehicle types. Suitable vehicle supply, infrastructure, range and cost of ownership is not there yet for all fleet users.

“While we welcome measures that help ensure an adequate supply of new electric vehicles into the UK, we would not support a zero emission vehicle mandate, particularly if it also led to any kind of Fleet EV Mandate requiring companies to make a certain portion of their fleet zero-emission. With vehicle availability, affordability and infrastructure not being where it needs to be, the market is just not ready for this kind of operating constraints at a time.”