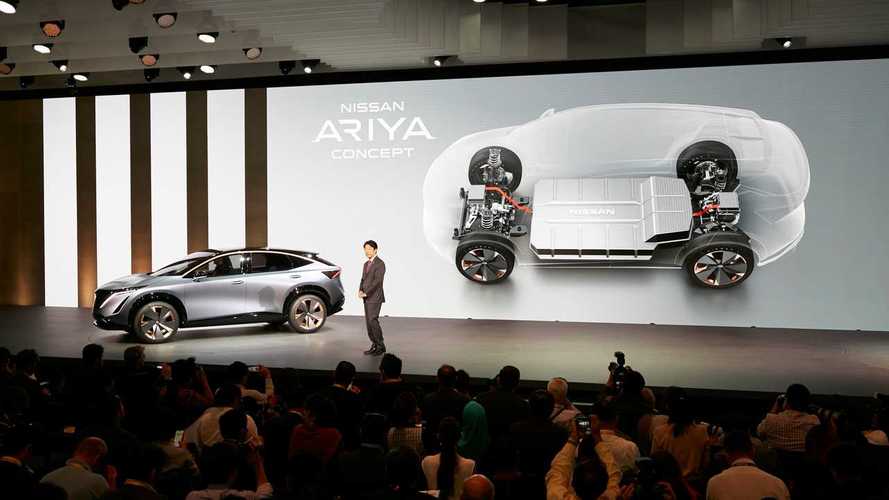 Within a few weeks, we will see the next-generation all-electric Nissan crossover.

Nissan announced that the production version of its next-generation all-electric model, the Ariya, will be unveiled on July 15, 2020 in Yokohama, Japan.

The Nissan Ariya Concept was shown at the 2019 Tokyo Motor Show, hinting at a new dual-motor all-wheel-drive platform for the entire Renault-Nissan-Mitsubishi Alliance.

For Nissan, it's a very important new model, which will be key to returning to the EV game, as the Nissan LEAF is no longer a top player these days.

"Nissan has been a pioneer in mass-market electrified vehicles beginning with the first LEAF electric car, then the e-NV200 electric van, and later the best-selling e-POWER models – Note and Serena. Now, the world is looking for a leap forward. The Ariya Concept answered the call with its rethinking of the crossover segment from the ground up, including striking design features, interior amenities and space and sports-car-like performance. Even a conventional element like the traditional front grille has evolved into a stunning "shield" to protect important technology used for the latest in ProPILOT driver assistance."

The teaser of concept and production version of the crossover does not show much:

...although, once we make it brighter, we can at least see the shape: