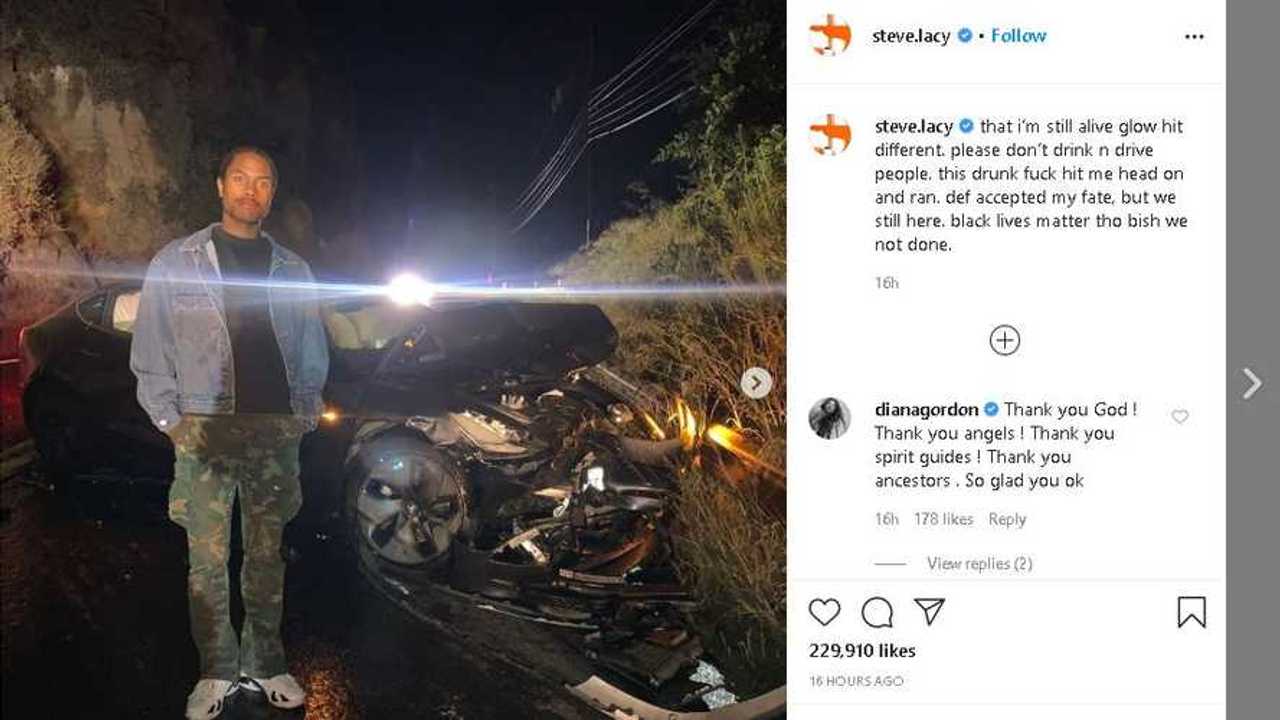 We'll never know if the Model 3 saved Lacy's life, but the car is destroyed and he seems just fine.

Whether or not you've heard of Steve Lacy doesn't really matter, though you should take a minute to check out his music. Lacy is a Grammy-nominated songwriter who just happens to own a Tesla Model 3. Fortunately, he's alive and well after being involved in a terrible collision that demolished his Tesla.

The point of this story doesn't have anything to do with Lacy's celebrity, but it does help it get valuable attention in the media. First and foremost, don't ever drink and drive. Second, despite concerns about Tesla vehicle fires and Autopilot crashes, its vehicles have proven very safe time and time again. This is just one of many obliterated Model 3s we've seen, accompanied by an unscathed driver who credits the car for saving his/her life.

Today's cars are much safer than those of the past. In fact, it's not surprising to see people survive bad accidents that result in totaled vehicles. However, Tesla and CEO Elon Musk often assert that its vehicles are far safer than all others. There's really no concrete way to prove that, but we can shed light on the good news. However, with the fear of electric car fires and explosions, and the emphasis on the danger of Tesla's Autopilot driver-assist technology, sometimes we only see the bad news.

As you can see from the Instagram post above, as well as the included images, there's not much left of Lacy's Model 3. However, the musician appears to be just fine. He actually walked away unharmed, or at least not noticeably injured.

The incident was a head-on hit-and-run collision. The other driver was reportedly drunk. We're just glad Lacy is okay, and, of course, we're amazed by his condition considering the condition of the Model 3.