Check Out This Militarized Tesla Cybertruck Project Via The Hacksmith

It's high time to ramp up this popular Tesla Cybertruck prototype.

If you're not familiar with YouTube channel the Hacksmith, it takes fictional concepts from movies, comic books, and video games and turns them into real working prototypes. After the Tesla Cybertruck was unveiled, the Hacksmith got to work on its first prototype, which we shared with you here on InsideEVs.

We called the Hacksmith's creation a shrunken Tesla Cybertruck. It's a half-scale, four-wheel-drive, tri-motor all-electric Cybertruck prototype the guys built. They promised to prove it would tow more than the Ford F-150 (well, more than half since it is half the size), and eventually used it to play tug-of-war with the gas-powered Ford pickup truck. 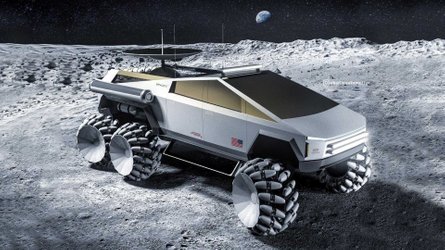 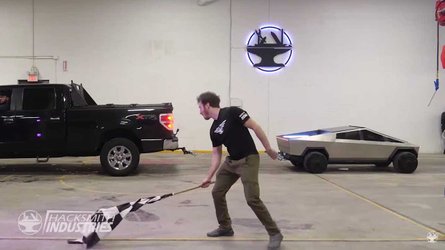 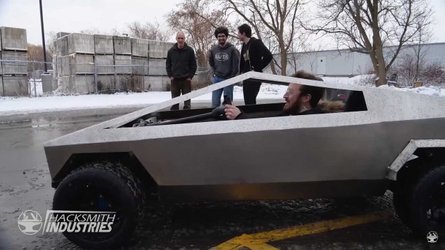 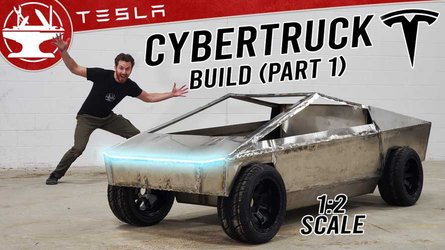 Fast-forward to the present, and the guys over at the Hacksmith have ramped up their efforts and creativity. During a time that people are in turmoil across the globe, not only with regard to the COVID-19 pandemic, financial chaos, and now protests on the streets, the Hacksmith decided to militarize and weaponize its miniature electric pickup truck.

The video above talks more about the project, and reveals the military Cybertruck. As we've pointed out before, we think the Tesla Cybertruck could be a solid option for police and military use in the future. Check out the video and then drop us a line in the comments below.