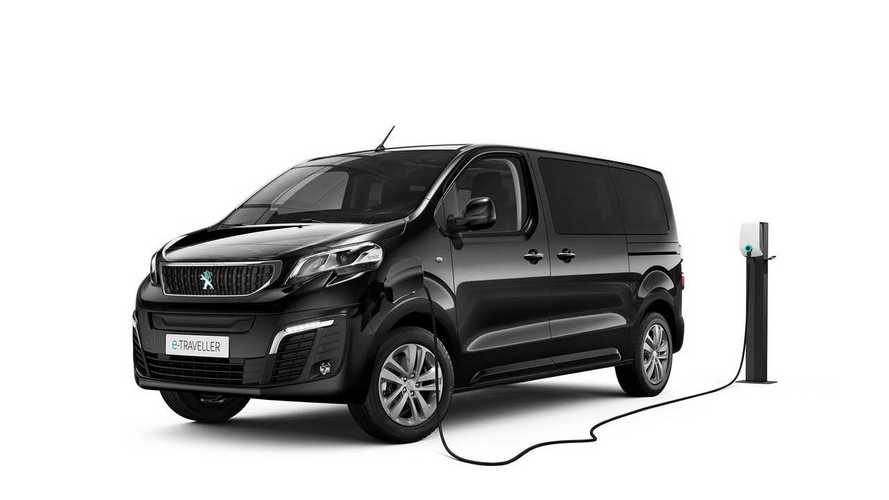 It has a claimed WLTP range of up to 330 km or 205 miles with the larger battery pack.

Mercedes-Benz is not the only manufacturer to offer an all-electric commercial vehicle-based people carrier, the EQV, because Peugeot has now stepped in with its new e-Traveller. It comes with two available battery packs, three wheelbases and seating for up to nine people.

The e-Traveller is the people carrying brother of the e-Expert (itself basically the same vehicle as the Toyota Proace), and the two are mechanically almost identical.

With an impressive WLTP range of up to 330 km (205 miles) for the largest 75 kWh battery pack (only available on the standard and long wheelbase models), should minimize range anxiety for most drivers. There’s also a smaller 50 kWh pack whose quoted autonomy is 230 km (143 miles) that comes as standard on all models and is the only one you can opt for if you want the short wheelbase e-Traveller.

Peugeot Discounts e-208, e-2008 In UK To Make Up For Decreased Subsidy

Charging the e-Traveller can be done via wall box at either 7.4 kW or 11 kW; with the latter, the 50 kWh battery is fully charged in 5 hours, while the larger 75 kWh battery takes 7.5 hours. It’s also fast-charger compatible at a rate of up to 100 kW; this drops the charging time from flat to 80 percent to 30 minutes and 45 minutes depending on battery pack size.

Peugeot doesn’t mention any range or performance differences between the three available chassis length variants (4,609 mm, 4,959 mm and 5,306 mm), even though there is a definite weight difference between them.

In order to compete with the aforementioned Mercedes-Benz model, Peugeot will sell you the e-Traveller with two or three sliding benches for passengers, but there’s also a VIP grade available. The latter has four independent facing seats, three-zone climate control, a panoramic glass roof and several opacities of window tint, including what the automaker calls extra-tinted glass.

Peugeot also seems proud of the large number of available storage spaces dotted around the cabin that amount to 74 liters (2.61 cubic feet) in total. It also mentions cool optional features such as electric sliding doors, keyless entry and start, active safety aids, as well as Apple CarPlay and Android Auto.