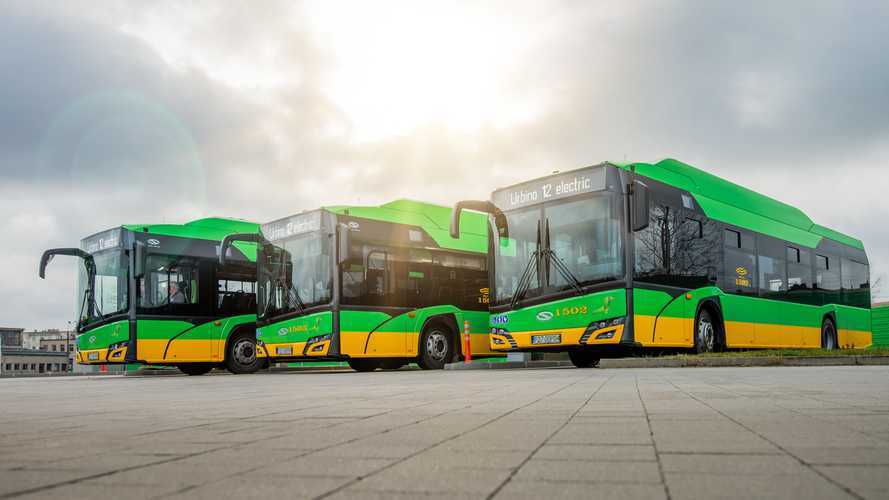 Solaris, within just a week, has received another noticeable electric bus order in its home market - Poland.

In the case of Poznań, it's also a recurring customer who in 2019/2020 received the first 21 Urbino 12 electric. Once the new buses are delivered in Autumn 2021, the total BEV fleet will expand to 58.

The buses for Poznań willbe equipped with Solaris High Power batteries - with lower energy capacity, but the ability to regularly fast charge on the route using pantograph chargers in various locations in the city.

For the drive, Solaris will use an electric axle with two 125 kW electric motors (total 250 kW) and highly efficient traction inverters with SiC power electronics.

According to Solaris, Poland is currently the fifth biggest market in Europe in terms of the number of all-electric buses. 70% of them were produced by Solaris.