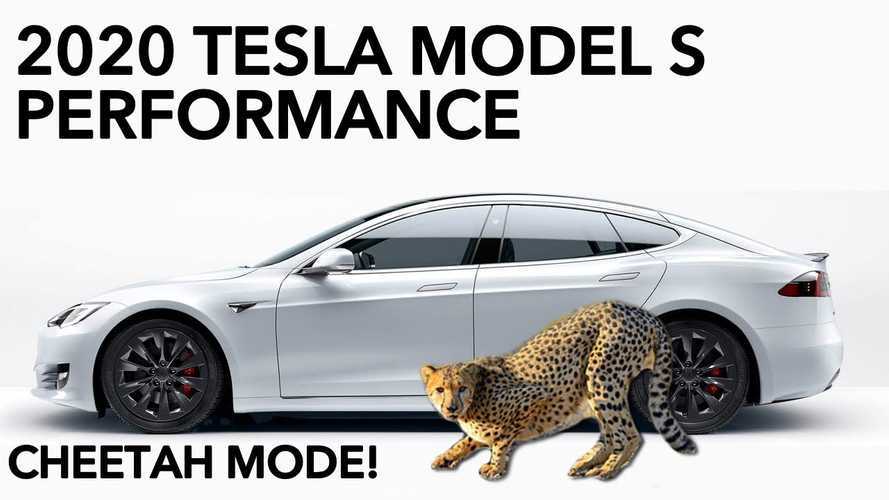 Tesla Model X Cheetah Torture Test: How Many Launches Can It Endure?

The world's fastest production car has gotten even faster — Tesla carved another 0.1s from its Model S Performance 0-60 MPH time. Now the car can do it in just 2.3 seconds. Imagine the insane, ludicrous, ridiculous g-force with that kind of acceleration. Whoa.

It's official: Tesla's online configurator now shows the Model S Performance 0-60 time as 2.3s. Not just the 0-60 MPH time has improved with this over-the-air (OTA) software update, but the car’s battery pack is also more heat resistant — this thermal endurance gives the Model S Performance the ability to deliver back-to-back launches with its Ludicrous+ mode.

Now when the Tesla Model S Performance is put into its Ludicrous+ mode, besides prepping the battery pack, the front suspension of the car starts to lower itself to mimic the stance of a Cheetah getting ready to pursue its prey.

Above: Tesla owners were pleasantly surprised to wake up to a quicker car after the latest software update (Twitter: Marques Brownlee)

Tesla Model S and Model X cars started getting the Raven drivetrain and adaptive air suspension in April of last year. In addition to increasing the range of both vehicles, this prior update also (marginally) increased the performance of the cars. Now, there's even more excitement coming from Tesla's recent software update.

And it's not just the 0-60 MPH time that's improved. Tesla's Model S quarter-mile drag time has also improved with the 2020.12.10 update. The previous testing of the same Raven Model S on the dragstrip showed consistent 1/4-mile times of 10.7 seconds in each attempt but in a recent video by the Tesla Racing Channel, the time shrunk to around 10.5 seconds — pretty close to Tesla’s announced 10.4 seconds. A few days later, Drag Times hit the mark in a recent drag race. Check out a round-up of videos below demonstrating Tesla's new performance prowess.