REE Presents Autonomous Use For Its Revolutionary EV Platform

The wheels alone are more than enough to turn the automotive world upside down.

The last Frankfurt Motor Show may have been the last big one anyone could visit for quite a while. Our visit there allowed us to write compelling stories and to clarify doubts, including a persistent one: How did REE’s invention work. After Ran Dekel helped us clarify that, the company is showing more details of its Corner Module. Better saying, the REEcorner, as the company now calls it. In the video above, you can see it applied to a hypothetical autonomous delivery vehicle.

So far, there is nothing autonomous for sale, but the video allows us to understand the plans REE has for its invention. When level 4 autonomy is available, the REEcorner and its electric platform, called REEboard, will play an important role in transportation.

Now We Can Explain How The REE In-Wheel Motor Works

As we already told you, the REEcorner was initially presented as an in-wheel solution for braking, steering, propulsion, and absorbing impacts caused by asphalt unevenness. It turns out that this was just meant to say where everything was located, not that the electric motor, suspension, brakes, and steering system were part of the wheel. That would increase unsprung mass.

The REEcorner is connected to the REEboard by four bolts. The wheels are connected to it by five bolts, as the picture above shows. When there is any problem, all it takes to get the vehicle going again is replacing the REEcorner. Dekel told us that it could be done in less than 15 minutes. That will exponentially reduce downtime.

On May 20, REE announced it made a partnership with KYB Corporation – or Kayaba Industry. This Japanese giant has the largest shock absorber factory in the world. Its deal with REE apparently aims to develop suspension components for the REEcorner. Still, the Israeli company also mentions the agreement will expand “REE’s global manufacturing capabilities.” That makes perfect sense. 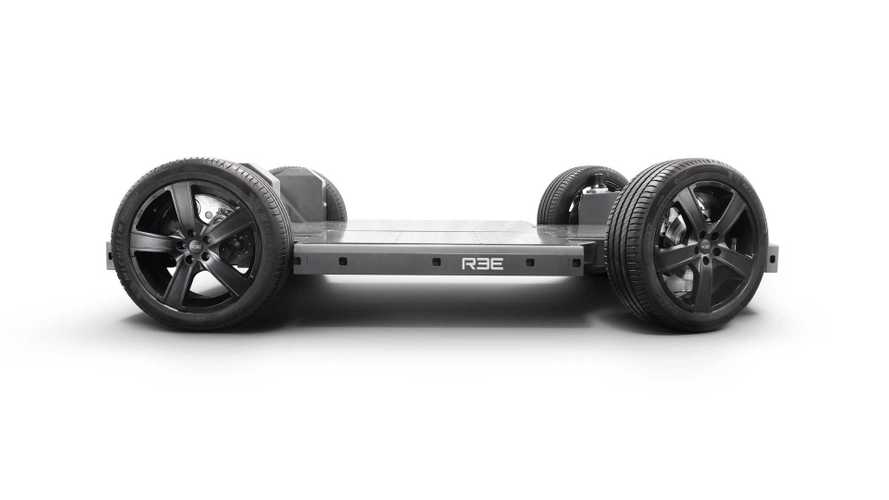 REE is a technology company. If KYB helps it offer the REEcorner and the REEboard to its customers, it will be available in 23 countries.

If REE decides to make a video with the prototypes it presented at the Frankfurt Motor Show, it could show each of the REEcorner’s components and explain how they work. Much like what it did with the Hino FlatFormer, but with the real thing. Let’s hope they think this is a good idea.